Donald Trump insists he will unify the Republican Party 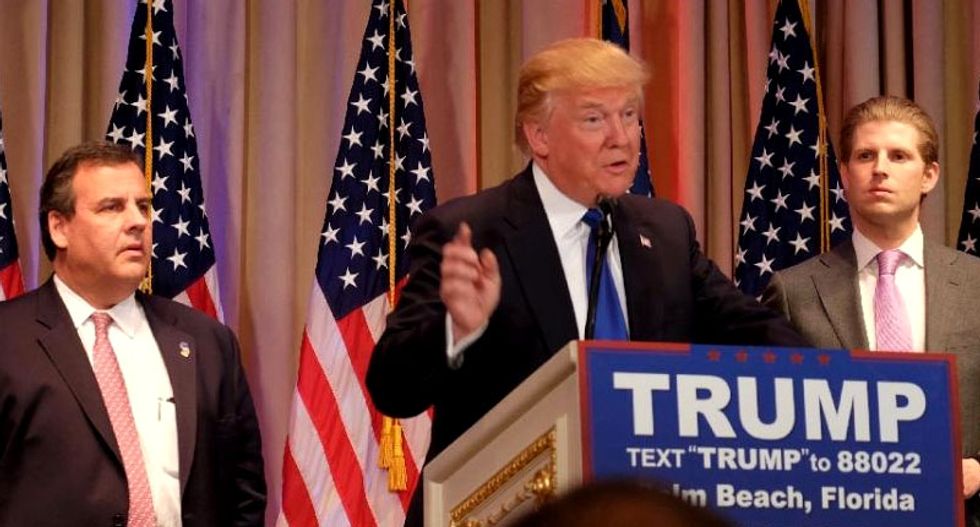 Donald Trump offered an olive branch to Republican party leaders who are deeply opposed to his presidential candidacy, making the case he can unify and grow the party.

Emerging from a bitter Super Tuesday marathon as the clear winner, Trump tried to defuse an intra-party feud that may be the only serious obstacle on his path to winning the Republican White House nomination.

Republican luminaries are fighting a rear guard action against his candidacy, which has been marked by racist outbursts and bitter insults.

A long party feud that takes the contest all the way to the convention in July has not been ruled out.

"I'm a unifier," Trump said, easing up on his hallmark bombast and offering a more conciliatory tone. "I know people will find this hard to believe."

Trump tried to knock down, one-by-one, the main criticisms about his candidacy that have come from within his own party: that he's too divisive and cannot win the general election.

"I think we'll be more inclusive and more unified. I think we'll be a much bigger party. I think we're going to win in November," Trump said in Florida after securing victories in at least six states on Super Tuesday, a pivotal day in the 2016 race.

To underscore the point, Trump trained his sights on Hillary Clinton, the likely Democratic nominee.

"She's been there for so long. I mean if she hasn't straightened it out by now, she's not going to straighten it out in the next four years," he said.

"Once we get this finished, I'm going to go after one person," he said.

Trump also went out of his way to congratulate his closest rival, Senator Ted Cruz, on his victory in Texas, saying: "He worked hard on it."

But in case Republicans in Washington believed they have the upper hand, Trump offered an embrace barbed with a threat.

He addressed a question about House of Representatives Speaker Paul Ryan, who earlier called on Trump to disavow an endorsement from a senior leader of the Ku Klux Klan.

"I don't know Paul Ryan well, but I hope to be able to get along with him," Trump said.