Ex-Miss America: 'Our founders were deists' and God didn't create a 'human' right to health care 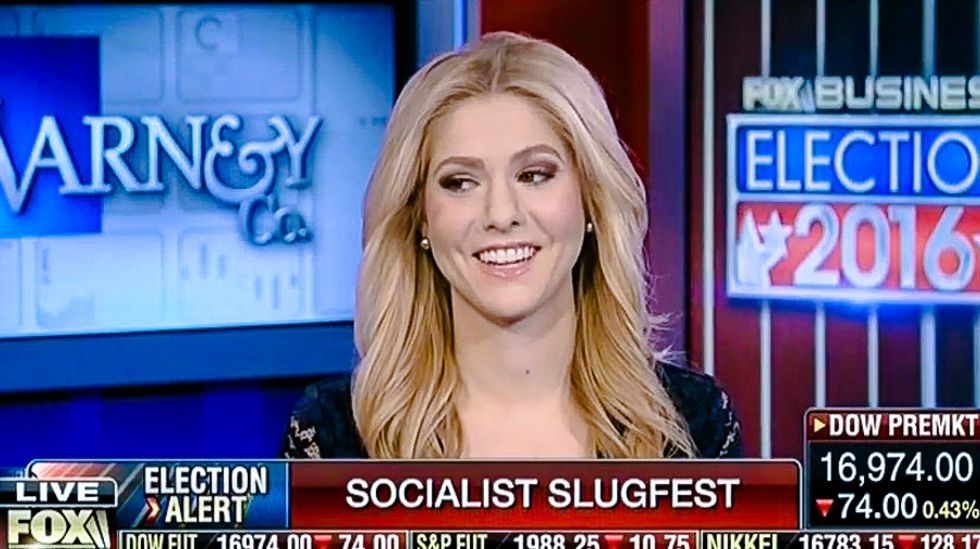 Former Miss America Kirsten Haglund argued on Tuesday that Democratic presidential candidates Bernie Sanders and Hillary Clinton were wrong for insisting that health care was a basic human right because the founders of the United States "were Christians" and the rights of Americans came from God.

"What I'm calling socialist economic nonsense," Varney said. "How did we get to the point where the two candidates for the presidency of the United States of America are both basically socialists?"

"Because that is their philosophy," Haglund explained. "And a lot of Americans don't think in those terms, they just want someone who's going to promise them a lot of free goodies, that is going to solve all of their problems. But they don't realize there is a clear ideology and philosophy behind this."

"And you can see it in what Bernie Sanders said," she continued. "When [Fox News host Bret Baier] asked him, very rightfully, where do those rights come from? And he said, 'Why, I'm a human being.'"

But according to Haglund, government could not acknowledge a basic human right to health care because only God could grant those rights.

"Well, no. This country was founded on a document called the Constitution," she said. "And it also believed -- a lot of our founders were deists, you know, some of them were Christians -- and they believed that man was born with rights from God, that government doesn't create rights."

"Because if they create rights, they can also take them away," Haglund added.

Watch the video below from Fox Business, broadcast March 8, 2016.