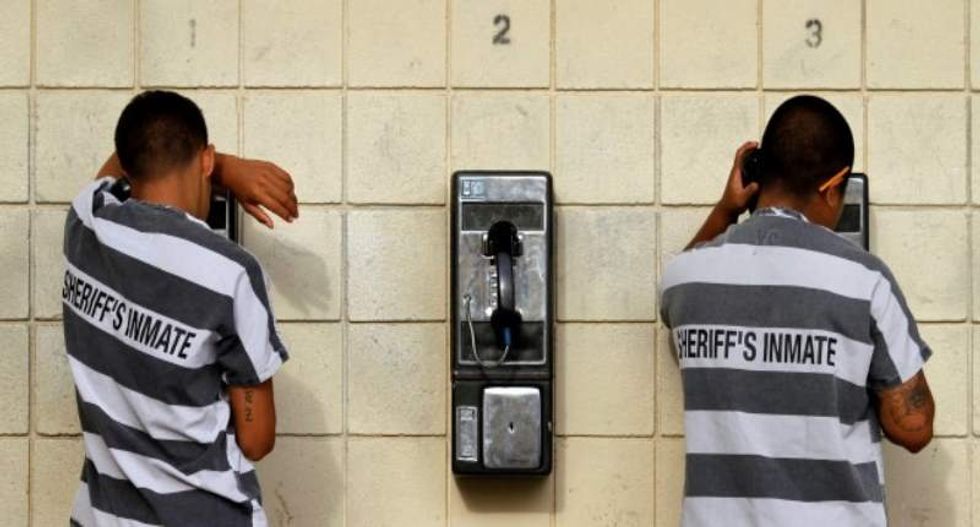 A federal appeals court on Monday put on hold an order by the Federal Communications Commission cutting U.S. prison telephone rates for local and long-distance calls to 11 cents a minute, from levels as high as $14 a minute, for more than 2 million U.S. prisoners.

The U.S. Court of Appeals in Washington issued an order putting on hold the new, lower rate caps and a related rule limiting fees for certain single call services. But it allowed the elimination of ancillary fees to take effect immediately.

The elimination of those fees will take effect on March 17 for prisons, and June 20 for jails. The stay does not affect interim rates set by the FCC in 2013.

Prison phone companies had sued the FCC, asking the court to overturn the rate cut. The court opted to put the reduction on hold pending a full briefing and oral arguments.

"While we regret that relief from high inmate calling rates will be delayed for struggling families and their 2.7 million children trying to stay in touch with a loved one, we are gratified that costly and burdensome ancillary charges will come to an end," FCC Chairman Tom Wheeler and Commissioner Mignon Clyburn said in a joint statement. "These fees can increase the cost to consumers of a call by nearly 40 percent."

The FCC voted 3-2 in October to cut all local and long-distance rates to 11 cents a minute for debit and prepaid calls from state and federal prisons. It provides tiered fees for jails to account for jails' higher costs.

The commission had cut interstate rates in 2013 to an interim rate of 21 cents a minute on debit and prepaid calls.

The cost of a prison call had risen to as much as $14 a minute when extra fees were tacked on.

Many U.S. states have sought to join lawsuits opposing the caps, citing security costs. They include Wisconsin, Nevada, Arkansas, Arizona, Louisiana, Missouri, Kansas, and Indiana -- joining the state of Oklahoma.

The FCC said in a court filing last month that its order was a "firmly grounded exercise of the FCC’s statutory authority to ensure that charges for inmate calling services - including for intrastate calls - are 'fair,' not excessive."

The lower fees are aimed at helping prisoners maintain contact with family and friends, the FCC said. Greater contact lowers the likelihood that inmates will return to prison after release, the agency said in October, and the FCC move is part of the U.S. prison reform effort.