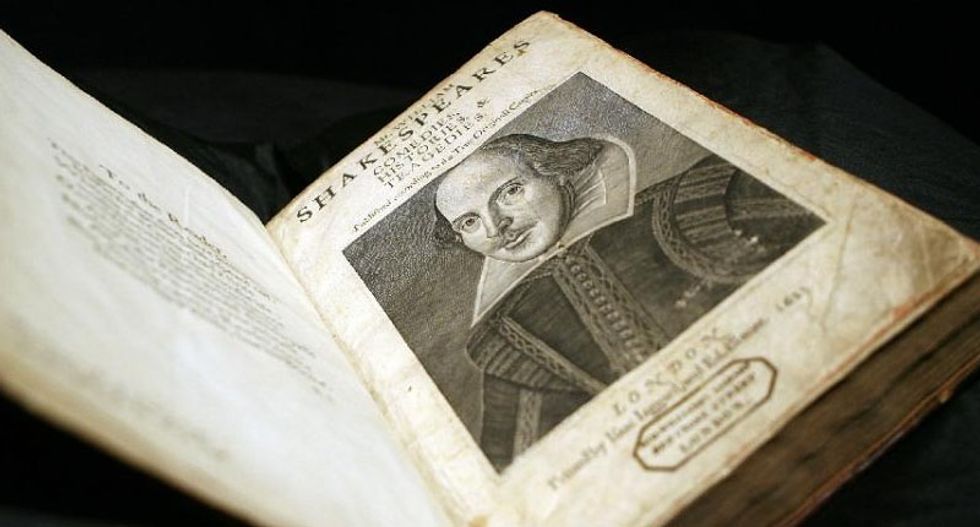 The grave in the Holy Trinity Church in Shakespeare's birthplace of Stratford upon Avon is a place of pilgrimage for fans and has an inscription on it with a curse against anyone planning to tamper with it.

"Bleste be the man that spares these stones, And curst be he that moves my bones," the inscription reads.

The survey could help researchers learn more about Shakespeare's life and family, helping to detect unmarked or previously unknown graves and items buried within the coffins, the Telegraph reported.

"We can confirm a scan has been completed. The results of the scan will be revealed as part of a Channel 4 documentary later in the spring," a spokesman for the church was quoted as saying.

A Channel 4 spokeswoman confirmed the report to AFP.

Shakespeare's wife Anne Hathaway and daughter Suzanna as well as other members of his extended family are buried in graves around his own.

The pre-eminent British writer, who lived between 1564 and 1616, is believed to have written around 38 plays -- although the precise authorship of some works has been disputed -- and 154 sonnets.

Britain is marking the anniversary of his death on April 23 with a series of performances and academic workshops as well as a planned candlelit vigil in the Holy Trinity Church itself on the day.