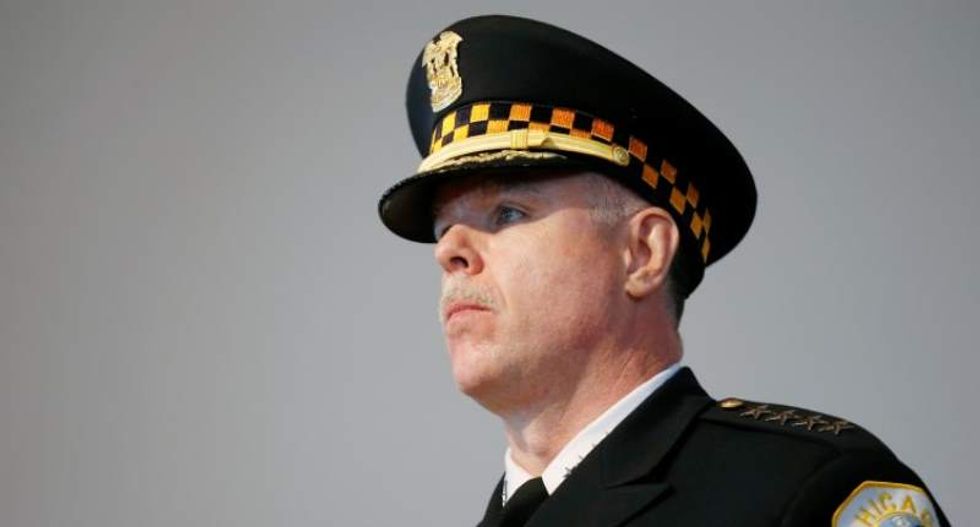 Then Chicago Police Superintendent Garry McCarthy is shown during a recruitment graduation ceremony in Chicago, Illinois in this April 21, 2014 file photo. (Reuters/Jim Young)

Former Chicago police chief Garry McCarthy, speaking publicly for the first time since he was fired, said this week he took the fall in the city's handling of a white officer's shooting of a black teenager and the delayed release of a video of the incident.

Officer Jason Van Dyke's shooting of Laquan McDonald 16 times in 2014 and the release of the video more than one year later sparked days of protests in Chicago.

High-profile killings of black men at the hands of mainly white law enforcement officers in U.S. cities have fueled demonstrations and stoked a national debate on race relations and police tactics.

"One of the things that people love to say to me in Chicago, they say, 'Man, you got screwed, but somebody had to take the hit.' I said, you're right," McCarthy said during a forum at Harvard University on Tuesday.

Emanuel, who said when he announced McCarthy's departure that he had done a good job but had become "a distraction," did not immediately respond to a request for comment. A Chicago police representative could not immediately be reached.

Van Dyke was charged in late November with first-degree murder in McDonald's killing. The video, from a patrol car's dashboard camera, was released on the same day.

McCarthy said he and the police department were not involved with the video or its release, and that it was in the hands of the state's attorney working with the U.S. attorney, the Federal Bureau of Investigation and Independent Police Review Authority.

"We had nothing to do with it," McCarthy said. "If I was asked, which I wasn't, I would have recommended that we don't release it until the investigation is concluded because that has been police department practice."

McCarthy said during his tenure, Chicago saw a 40 percent reduction in overall crime, a 68 percent decline in police-related shootings and a fewer complaints against officers.

"I have gotten universal support," he said, "from every single person - black, white, green, purple - across the city. Everybody who I've run into, not one person has said anything negative to me."