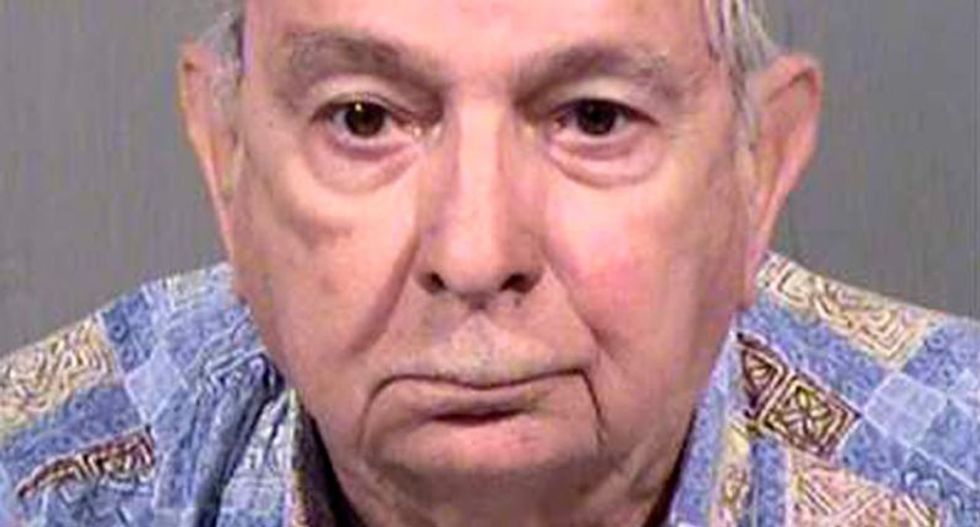 John Feit, 83, is shown in this Maricopa County Sheriff's Office (MCSO) photo tweeted after his arrest in Arizona on February 9, 2016. REUTERS/MCSO/Handout via Reuters

A former Catholic priest charged in a 55-year-old murder case in which he is suspected of beating and raping a beauty queen in south Texas will be extradited from Arizona on Wednesday, authorities said.

John Feit, 83, was arrested last month in Arizona in connection with the 1960 slaying of Irene Garza, 25, in McAllen, Texas, and is scheduled for transfer to Hildago County, according to the Maricopa County Sheriff’s Office.

He was still in the custody of the sheriff’s office in Arizona as of Wednesday afternoon, spokesman Joaquin Enriquez said.

Feit initially vowed to fight extradition, but waived his right at a Feb. 24 hearing, according to court records.

Her body was found five days later in a nearby canal. An autopsy showed that Garza had been raped while comatose and died of suffocation.

Feit later left the priesthood and moved to Arizona, where he started a family.

Hidalgo County authorities have not said what new evidence led to the murder charge.

Feit was long considered by authorities to be a suspect in the case but was not indicted. During a 2013 interview with CNN, he denied any involvement in Garza’s death.