Fox analyst: Obama is so divisive he nominated a SCOTUS justice Republicans like 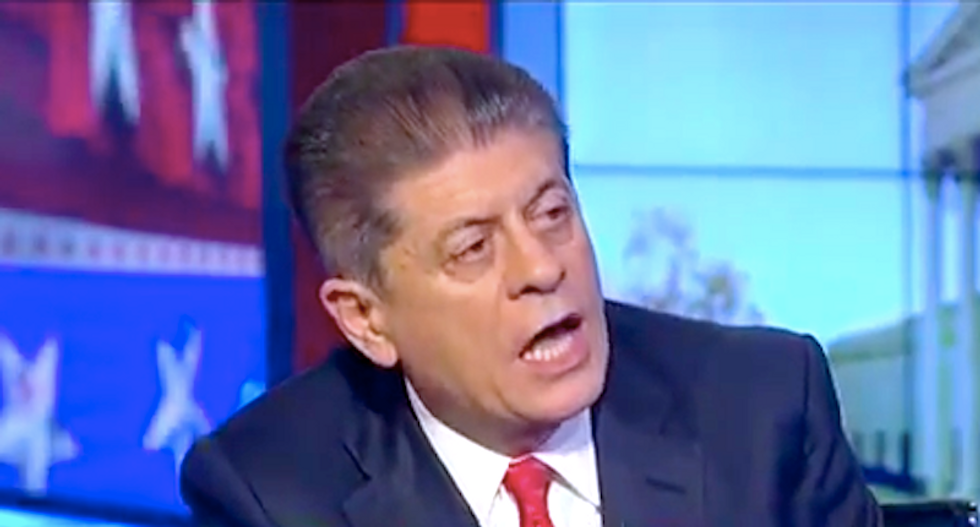 A Fox News legal analyst described Supreme Court nominee as a conservative -- even as he urged Republicans to block his confirmation and accused President Barack Obama of politicizing the process.

"Judge Garland is the most conservative nominee by a Democratic president in the modern era," Napolitano said.

He said Garland's 19-year track record as a federal prosecutor during President George H.W. Bush's administration and then as an appellate court judge could offer plenty of ammunition for GOP senators to keep him off the Supreme Court.

However, he said Garland does not share the same legal philosophy as previous Obama nominees Sonia Sotomayor and Elena Kagan, who now serve on the court.

He said Obama's choice was more intended to "pry loose Republicans who actually like Judge Garland and agree with him, than the president is interested in his own philosophical legacy on the court."

Which, in Napolitano's view, is a bad thing.

"The president is more interested in the politics of the process," he complained.

Napolitano described Garland's voting record as "center-right" in his tenure on the appeals court, saying he ruled "almost always on the side of the government -- not what you would expect from a Democrat."

Even so, Napolitano rejected any argument that the U.S. Senate had a constitutional duty to hold hearings or vote on Obama's nominee.

"The law in the Constitution is, the Senate makes its own rules at its own pace, (and) it cannot be told what to do by the president," Napolitano said.

He predicted the Senate would "stand firm" and oppose Obama's nominee and wait until after a new president was elected to consider a Supreme Court nominee.

"They have the constitutional and legal right do so," Napolitano said.

Napolitano, a former New Jersey Superior Court Judge, may have a self interest in seeing the process stalled until after the possible election of Donald Trump as president.

Roger Stone, a conservative political consultant and casino lobbyist recently banned from CNN over his sexist and racist tweets, said earlier this month that Napolitano was "probably Trump's number one pick for the U.S. Supreme Court."