Fox anchor: 'We can all relate' to having Jewish grandparents in concentration camps 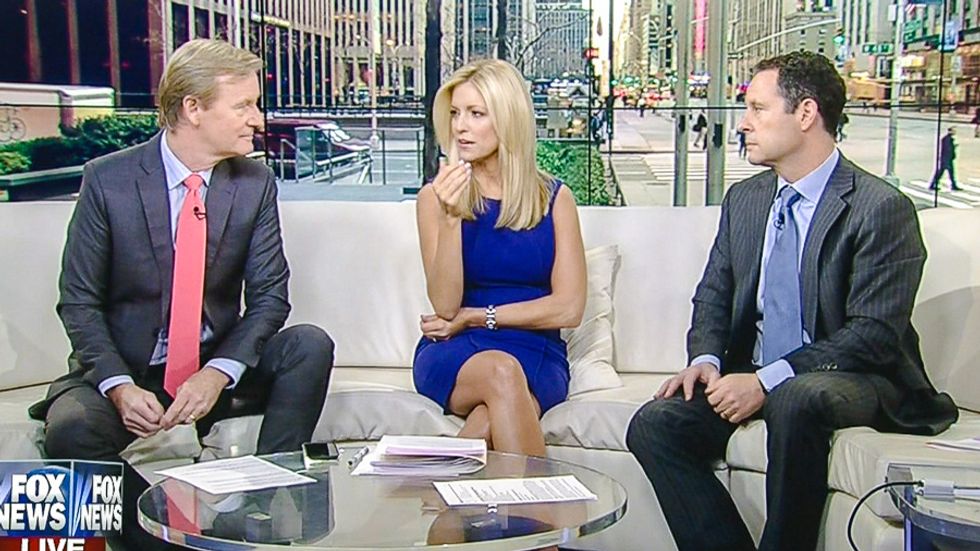 Fox News host Ainsley Earhardt left her co-host speechless this week when she claimed that "we can all relate" to surviving as a Jew in Soviet concentration camps.

"It is indeed," Doocy said, pushing forward to the next segment.

In 2014, author Yvette Manessis Corporon looked into Earhardt's family history during a Fox & Friends Thanksgiving segment. Corporon determined that Earhardt, who grew up in North and South Carolina, came from "good stock" because one of her relatives was a pallbearer for former President George Washington, and one of her distant great-grandmothers lived to be 100 years old in 1636.