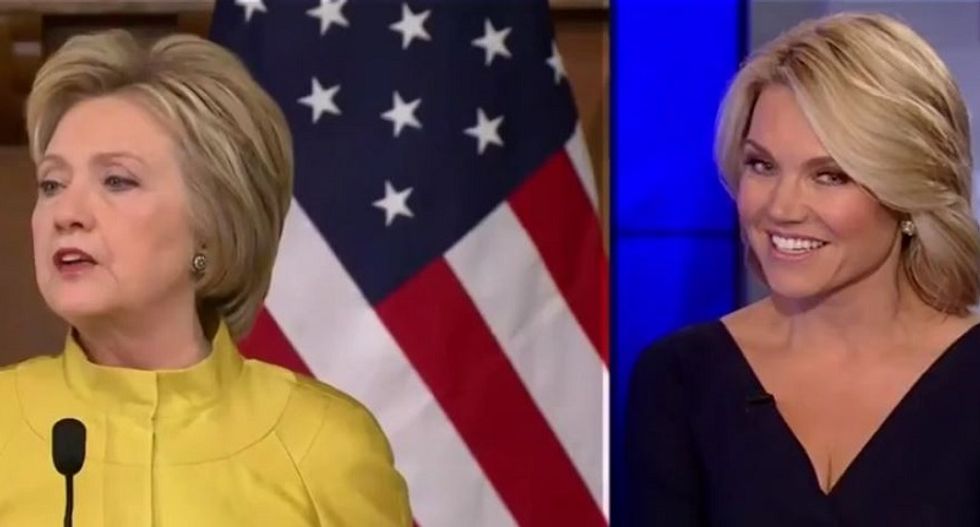 Fox News hosts started weighing in on a speech by Democratic candidate Hillary Clinton before Clinton had even finished giving it on Wednesday.

Former Secretary of State Clinton was in the process of giving a speech at Stanford University on terrorism and foreign policy when the Fox hosts cut away, muting her voice as guest Monica Crowley, opinion editor for the Washington Times, and host Heather Nauert talked over her.

"And did you notice that calm and collected tone of voice right there," Nauert said, about the brief segment of Clinton's speech they aired. "She said we need strong, steady leadership."

"She's a little too calm," Crowley responded. "I mean, part of the criticism of President Obama, particularly yesterday when he was in Cuba and the Brussels attack was being carried out is that he's too passionless."