Fox News pundit: 'Donald Trump is not racist, he has black friends... he's in good shape' 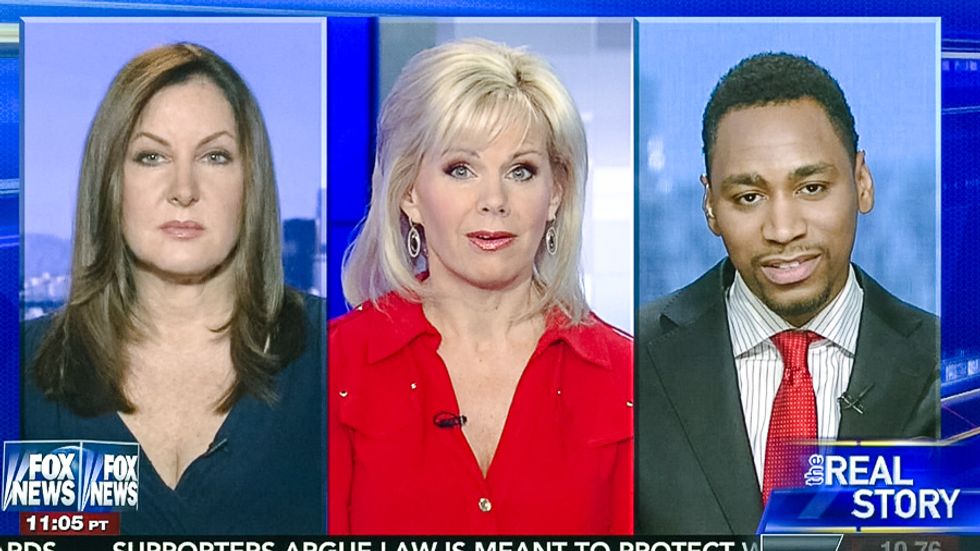 A Republican strategist argued to Fox News on Wednesday that GOP hopeful Donald Trump was "not racist" because he "has black friends."

"Let me clear up some confusion," Caldwell began. "Donald Trump is not racist. He has black friends. He's in good shape."

"A number of African-Americans happen to agree with him on some of his rhetoric," he continued. "Specifically, immigration being one of those things."

However, left-leaning radio host Leslie Marshall noted that Trump had a troubling history with race.

"From the Central Park Five to not knowing who David Duke is -- disavowing him or the KKK -- security [at Trump rallies] throwing out African-American students in the South," Marshall said. "Okay, if Donald Trump isn't racist, what is that?"

Watch the video below from Fox News' The Real Story, broadcast March 2, 2016.