Fox pundit blows off '99.9% of scientists': Denying climate change is 'what the 1st Amendment is about' 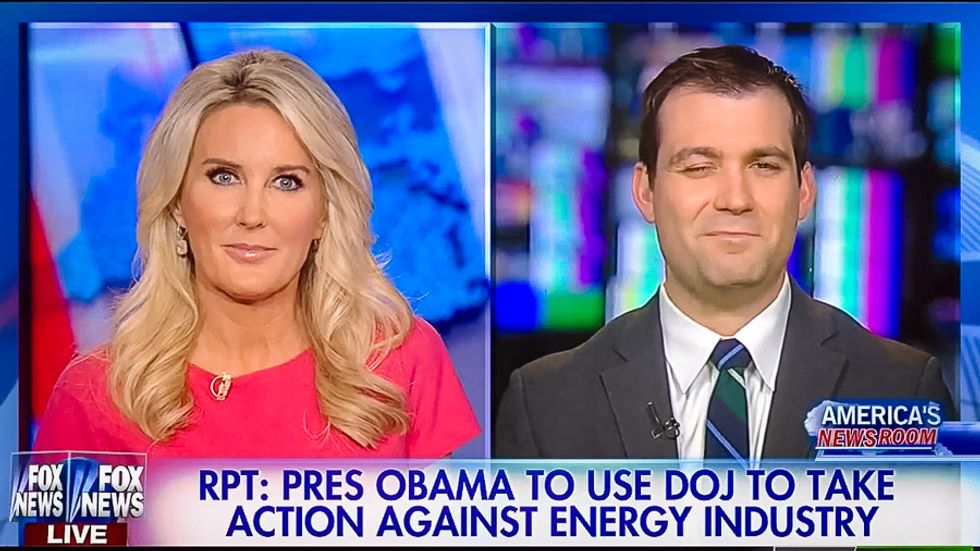 Michael Warren, a writer for The Weekly Standard, argued to Fox News on Thursday that the Department of Justice would be wrong to pursue a racketeering case against ExxonMobil for denying climate change because the company had a free speech right to say whatever it wanted.

InsideClimateNews reported last week that the Department of Justice confirmed that it had considered a federal probe of ExxonMobil for violating federal laws -- such as the Racketeer Influenced and Corrupt Organizations (RICO) -- by "failing to disclose truthful information" about climate change.

Experts have noted that the case has striking similarities and some differences with the Justice Department's successful lawsuit against the tobacco industry in 1997.

Warren told Fox News host Heather Childers that he would be "very shocked" if the Department of Justice went forward with a case against ExxonMobil.

"But things could go out of hand here," he acknowledged. "I do think there is a worrisome indication that the DOJ is even considering this, and that should worry people who care about the First Amendment and the fact that, you know, a lot of these industry folks are simply trying to push back against what is considered scientific consensus."

Childers said that the Fox News "Brain Room" had investigated the claim that "97 percent of climate scientists agree that climate change is real, man made and dangerous."

"They said that assertion -- the 97 percent -- comes from a handful of surveys, and abstract counting exercises that have contradicted by more reliable research," the Fox News host explained. "So if the science is still in question, how could you take this to the level of breaking the law?"