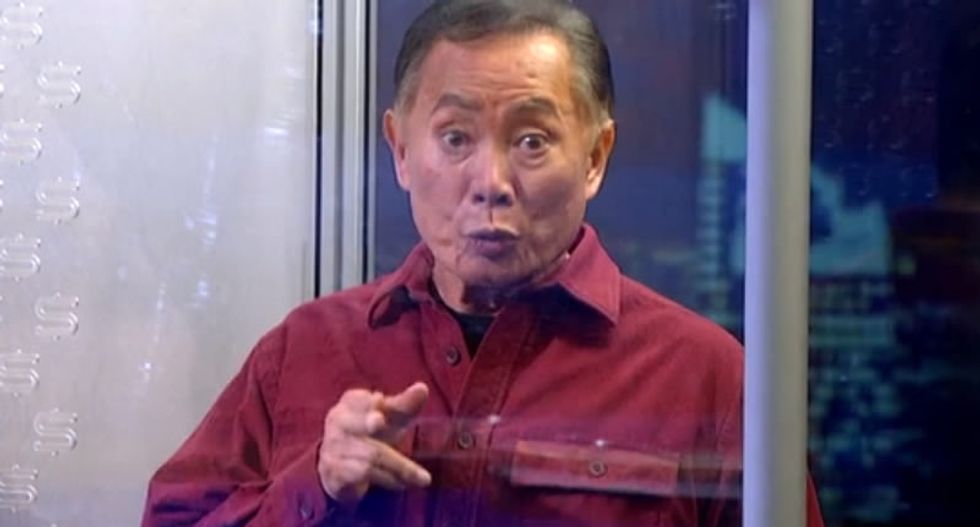 George Takei mocked Donald Trump's loquacious responses to even the most simple questions -- and he pretty much nailed it.

The actor-turned-social media star has strongly criticized Trump's call to ban Muslims from the U.S., and he posted a spot-on impression of the Republican candidate's rambling speaking style Sunday on his Facebook account.

"I have to say a lot of people have been asking this question. No, really. A lot of people come up to me and they ask me. They say, 'What's 2+2'? And I tell them look, we know what 2+2 is. We've had almost eight years of the worst kind of math you can imagine. Oh my God, I can't believe it.

"So, we have all these numbers, and we can add them and subtract them and add them. TIMES them even. Did you know that? We can times them OR divide them, they don't tell you that, and I'll tell you, no one is better at the order of operations than me. You wouldn't believe it. So, we're gonna be the best on 2+2, believe me."

You'll notice Takei's "Trump" never actually got around to answering the question, but his fans would probably insist that he did -- because he said what they were thinking.