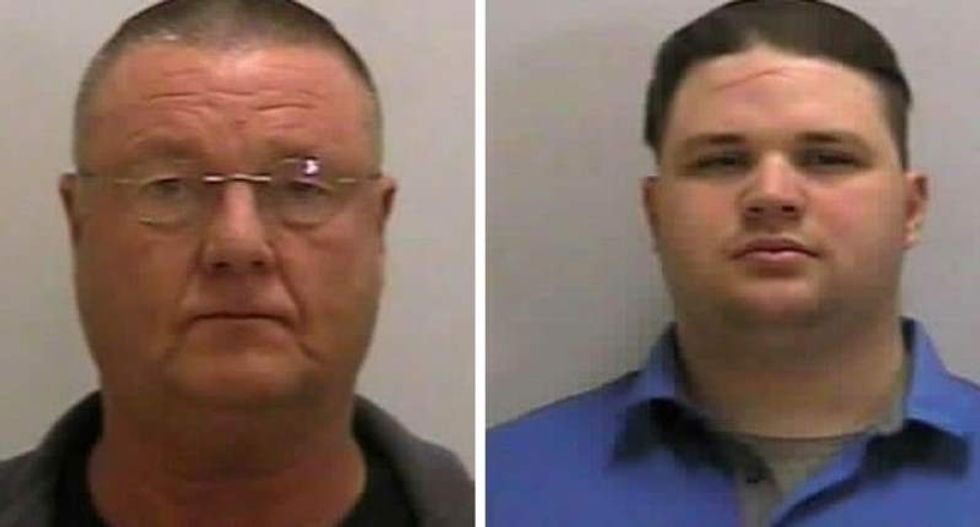 Two White, Georgia police officers are under investigation for allegedly arresting people on trumped-up charges and making them pay fines to get the charges reduced, the Atlanta Journal-Constitution reported.

State officials arrested and charged 58-year-old Police Chief David King and 26-year-old Officer Blake Scheff with false imprisonment, extortion and violating oaths of public office on Wednesday. The two suspects are the only two full-time officers in the town, located 50 miles from Atlanta.

According to the Georgia Bureau of Investigation, the suspects carried out their activities between December 2011 and April 2015. At least two separate victims were arrested and falsely charged with felony deposit account fraud, then told that the department would not pursue the charges if they paid a $1,000 fine and accepted a citation for disorderly conduct.

"We have to go back and basically have close to 2,000 documents we have to go through," Special Agent Greg Ramey told WSB-TV.

Ramey's agency and federal agents executed search warrants in both the town's police headquarters and city hall in January. The suspects have been released on bond.