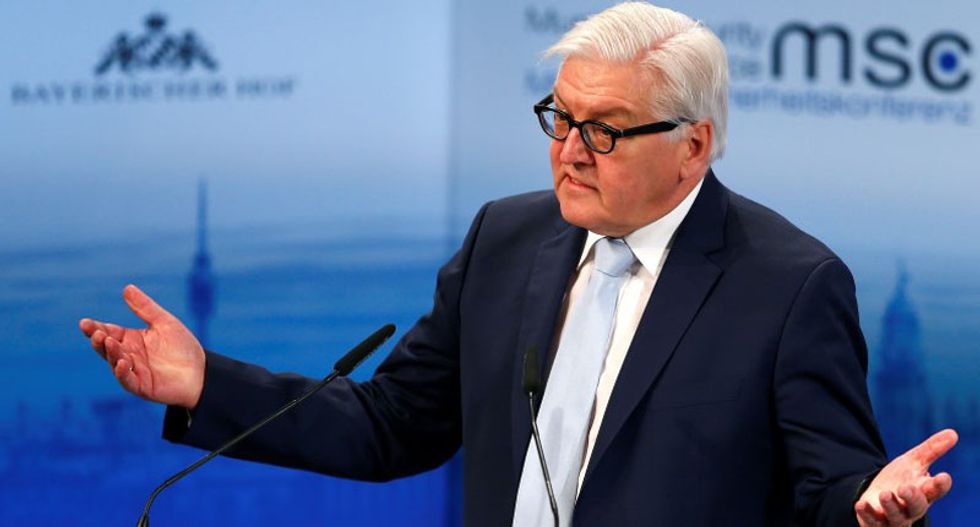 Germany's foreign minister warned during a trip to Washington on Tuesday about a rise in the use of populist fear tactics by politicians on both sides of the Atlantic, describing this as a threat to Europe, the United States and transatlantic relations.

Speaking at George Washington University on Super Tuesday, the biggest single day of state-by-state presidential nominating contests, Frank-Walter Steinmeier did not refer to Donald Trump or other candidates by name but he said he was concerned about the tone of the U.S. campaign.

"In Germany and in Europe, something is gaining momentum in our domestic politics - and to be honest, I am also seeing it here in the United States during the primary campaigns. It's the politics of fear," Steinmeier said.

Politicians in Germany and elsewhere in Europe have watched nervously as businessman and reality TV star Trump has moved from a long shot to the front-runner among Republicans seeking the party's nomination to run in the Nov. 8 general election.

Trump has described Chancellor Angela Merkel's welcoming policy towards refugees as "insane" and predicted it would cause rioting in Germany. He has also praised Russian President Vladimir Putin, who has been at odds with Europe since Moscow's annexation of Ukraine's Crimea region two years ago.

Germany does not face a federal election until next year. But a new anti-immigrant party, the Alternative for Germany (AfD), has emerged as a threat to Merkel's conservatives. The AfD wants Germany to shut its border to migrants and use force to repel them if necessary.

"They pretend that we can seal ourselves off and leave the world outside to deal with its own problems. But that's wrong," Steinmeier said, referring to politicians in Europe and the United States.

"The worst thing we could do is seal ourselves off," he said. In a subtle dig at Trump, who has promised to build a wall along the U.S. border with Mexico and make the Mexicans pay for it, the German foreign minister added: "So if you ask me: building walls is a very bad idea - no matter who pays for them."