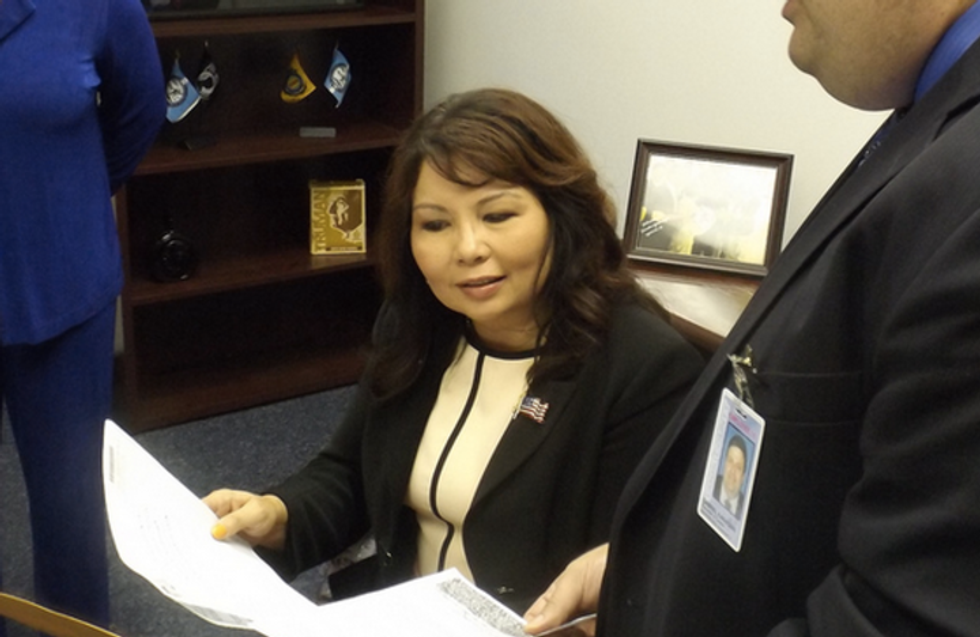 The National Republican Senatorial Committee faced criticism on Tuesday for saying Rep. Tammy Duckworth (D-IL), a combat veteran who lost both legs serving in Iraq, failed to "stand up" for veterans.

The tweet was posted on Tuesday but then removed. It said, "Tammy Duckworth has a sad record of not standing up for our veterans."

The group cites an article by WLS, a local radio station, about long waits at Veterans Affairs hospitals and inaction by elected representatives, Duckworth and Sen. Dick Durbin (D).

Duckworth, an Army helicopter pilot, was deployed during Operation Iraqi Freedom in 2004 when her Black Hawk was struck by a rocket-propelled grenade. The explosion resulted in Duckworth losing both legs and partial use of her right arm.