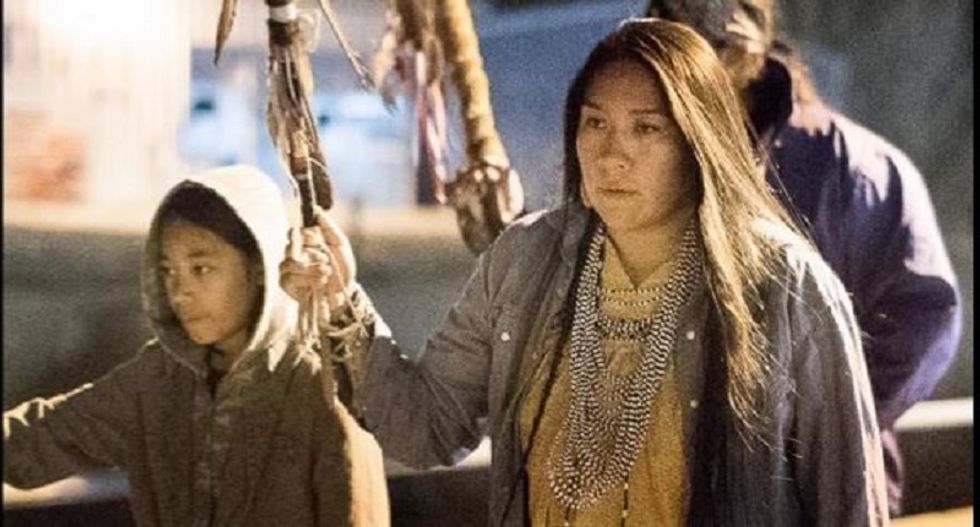 An Arizona congressman is angry that sacred Apache land will continue to remain listed in the National Register of Historic Places, according to Tucson Weekly.

Republican Rep. Paul Gosar and Sen. John McCain had joined forces with Democratic Rep. Ann Kirkpatrick in an effort to sell off the ancestral Native American land, known as Oak Flat or Chi’chil Bildagoteel to the Apache community, to mining firm Resolution Copper, owned by an Australian-British corporation.

The designation of Oak Flat as a National Historic Place could hamper the plan to construct a copper mine on the land. But ultimately nothing "guarantees that a historic property cannot be modified or even destroyed," said Stephanie Toothman, the National Register’s keeper, in a letter to the two lawmakers.

Gosar lashed out at the National Register of Historic Places in a press release, saying their decision "could postpone job creation."

"Shame on the Park Service and Forest Service for ramming a bogus historic place listing down the throats of Arizonans," Gosar said in a statement. "Clearly, the Obama Administration cares more about pandering to extremist environmental groups and a D.C. lobbyist from the Clinton Administration than following the law and listening to the American public."

According to the New York Times, it would have been the first time in history Native American lands would have been handed over to a foreign company by Congress. The site has long been used for Apache coming-of-age ceremonies, particularly for girls.

"This fraudulent action is the latest in a long list of egregious bureaucratic abuses of power by the Obama Administration. I will continue to fight this overreach," Gosar wrote in his statement.

In response to the proposed sale of the publicly-held ancestral grounds, the Apache people had been occupying the land, according to the Times. About 300 people marched 44 miles from tribal headquarters to occupy the site, beginning on February 9.

“Why is this place sacred?” Wendsler Nosie Sr., former chairman of the San Carlos Apache, told Cronkite News. “No difference to Mount Sinai. How the holy spirit came to be.”

Scientists for the Society for American Archaeology corroborate this, and testified before Congress that archaeological evidence of Apache occupation and use of the site go back before recorded history.

Gosar claims it is not a holy site, despite Apache claims to it and historical evidence.

"Oak Flat has never been a sacred site, as confirmed by the local tribe’s own former historian," Gosar wrote. "Yet, Obama’s minions are hell-bent on sabotaging an important mining effort by listing a small, public campground 20 miles away from the nearest tribe’s reservation as a historic site."

But the Times said the sale of the land was corrupt.

"If Oak Flat were a Christian holy site, or for that matter Jewish or Muslim, no senator who wished to remain in office would dare to sneak a backdoor deal for its destruction into a spending bill — no matter what mining-company profits or jobs might result," the Times' Lydia Millet notes. "But this is Indian religion. Clearly the Arizona congressional delegation isn’t afraid of a couple of million conquered natives."

Millet called it a "new low" in congressional corruption.

But as of now, the site will remain listed under the National Register of Historic Places, according to the Weekly.

"Oak Flat, known to us Chi’chil Bildagoteel, has always been our connection to our Mother, our right to exist, a central part of our prayers, songs, stories and spiritual practices. It is from here that we emerged. It is who we are," Nosie wrote in a press release. "Chi’chil Bildagoteel, our holy land, was put under the care of the U.S. government, and because of its uniqueness, the great value of maintaining its ecological and cultural integrity, protected by its laws."

(Correction: A previous version of this article falsely claimed that the designation of a historic place would prevent the construction of a copper mine on Oak Flat land.)