GOP Sen. Ron Johnson says campaigning with Trump would be good for him: 'The Ronald and The Donald' 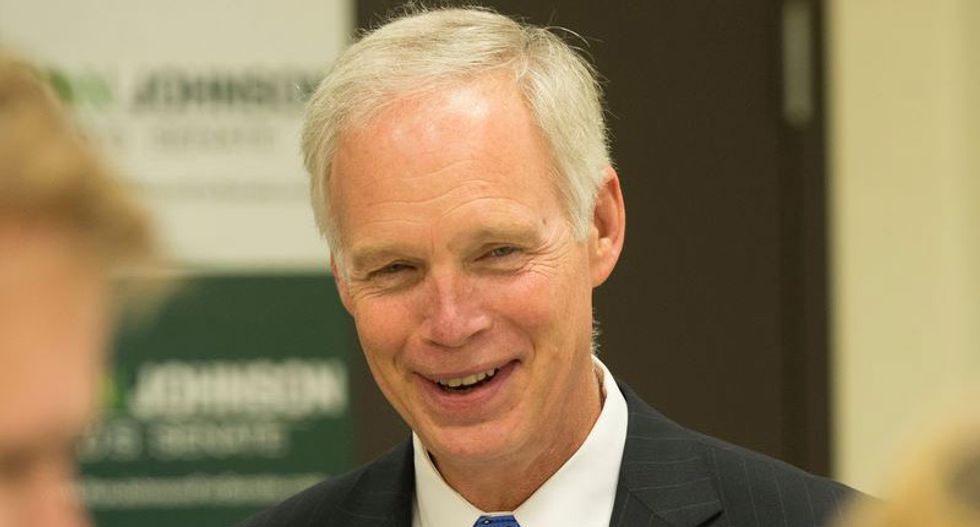 Sen. Ron Johnson (R-WI) is a rarity: a GOP senator who openly says he would have no trouble campaigning with Donald Trump. And he's even got a rhyming joke for it.

"Stump with Trump?" he replied, when asked about the issue in a CNN interview. "Just because it rhymes: It'd be the Ronald (and) the Donald."

He also added that Trump has really been in touch with the voters: "Certainly as I travel the state extensively, I hear a lot of support because what Donald Trump is saying resonates with an awful lot of people when it comes to the incompetence of Washington, D.C."

Johnson did say, however, that he is against Trump's call to ban Muslims from entering the United States.

Johnson, first elected in the 2010 Tea Party wave, has trailed in polls for his rematch against former Democratic Sen. Russ Feingold, with recent Marquette Law School poll showing Feingold at 49 percent to Johnson's 37 percent. But, Johnson says, Trump might even be a help to his own race — contrary to what many other Republicans reportedly have been thinking.

"From what I've heard, Trump is running very strong up in the Northwest (of Wisconsin)… that should also help me a bit too."

The same polls of Wisconsin that have Feingold ahead of Johnson also show Hillary Clinton leading Trump in the state by a solid margin: The Marquette poll had Clinton at 47 percent, Trump 37 percent. (And what's more, Bernie Sanders led Trump here by an even stronger margin of 54 percent to 34 percent.)