Gov. Rick Scott refuses to rule out mob violence if Trump is passed over as GOP nominee 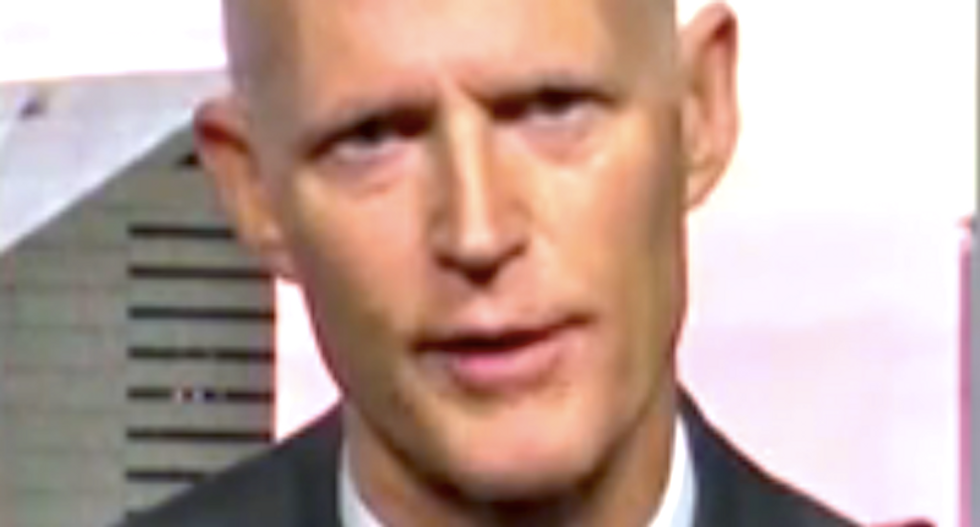 Florida Gov. Rick Scott suggested disgruntled Donald Trump supporters might be justified in rioting if the Republican Party chooses another presidential nominee -- but he refused to say whether those upheavals would be violent.

The GOP presidential frontrunner said Wednesday that his supporters could take to the streets if he's passed over as the nominee at the Republican National Convention in Cleveland.

Scott, who has come out in support of Trump following his win Tuesday in Florida's primary, appeared Thursday on "Fox and Friends" to discuss his endorsement and the possibility of mob violence.

"Clearly the voters are frustrated with party leaders, they don't trust party leaders right now, so Trump is either going to end up with a majority or pretty close to it, so if we go to the convention and he doesn't get the nomination, I think the voters are going to be pretty frustrated, and I think it will impact our ability to win in November," Scott said.

The GOP governor returned to his talking points on job creation and smaller government, but host Steve Doocy asked if he believed Trump was inciting violence with his remarks.

"Oh, you can ask Donald Trump what he meant," Scott said. "I think -- I assume what he meant is, people will be frustrated."

Doocy pressed on, asking what message he heard in Trump's comments.

"The voters have clearly chosen Donald Trump," he added. "The trust a business person outsider. They want somebody to change the status quo."