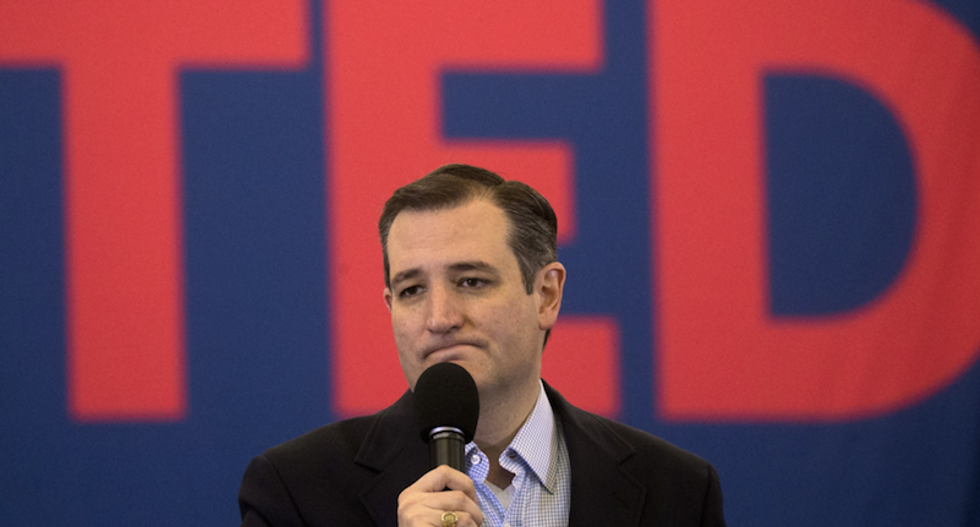 Major U.S. hedge fund managers are on pace this year to more than double the amount they gave in the 2012 election campaign, with independent fundraising groups backing Democratic presidential front-runner Hillary Clinton and Republican rival Ted Cruz receiving the most so far.

About $47 million has been lavished on presidential candidates and lawmakers and the political action committees that support them by two dozen of the industry's top managers in the first 13 months of this election season, according to a Reuters review of Federal Election Commission filings.

Most of the hedge fund support going to Cruz and Clinton has come from a handful of people out of the two dozen managers studied.

Robert Mercer, co-chief executive of Renaissance Technologies, for example, has given $11 million to Keep the Promise I, a Super PAC that supports Cruz. Mercer is an enigmatic computer programmer who is a powerful financial force in conservative politics.

Clinton’s main benefactor is billionaire George Soros, a long-time patron of Democratic and humanitarian causes and chairman of Soros Fund Management. Soros alone is responsible for $7.3 million of the $11.7 million that has gone to Super PACs and other committees supporting Clinton.

The hedge fund managers' spokespersons either declined to comment or did not respond to queries from Reuters.

But Whitney Tilson, a hedge fund manager who runs Kase Capital, said one reason fellow managers are spending more this election is Donald Trump, the front-runner for the 2016 Republican presidential nomination.

"There are some pretty heated emotions about Donald Trump," said Tilson, who plans to support the Democratic Party nominee.

Trump, who says he is self-funding his campaign, supports closing a loophole that lets some hedge fund managers pay less than the usual income tax rate on performance fees they get known as "carried interest." Clinton supports this, too.

The Managed Funds Association, an industry lobbying group, declined to comment on policy aims under the next president.

There are other worries, too, about a Trump presidency.After months of campaigning and debates, Trump's economic and financial policy positions are still sketchy or unknown.

Wawro speculated that Trump’s popularity with blue-collar and middle-class voters could prompt the Republican Party to reassess an approach to taxes and economic issues that has favored top earners and major corporations in recent years.

The surge of hedge fund donations has had little effect on the Republican race so far.

Cruz is running well behind Trump while U.S. Senator Marco Rubio of Florida, who is seen by establishment Republicans as their best hope to stop Trump winning the nomination, is a distant third.

In the Democratic race, U.S. Senator Bernie Sanders has eschewed donations from Wall Street. He has racked up a string of wins in early state nominating contests with attacks on Wall Street and calls for a more equitable distribution of the country's wealth.

Overall, hedge fund contributions to 2016 presidential candidates and lawmakers and the PACs supporting them favored Republicans over Democrats by about 3 to 2.