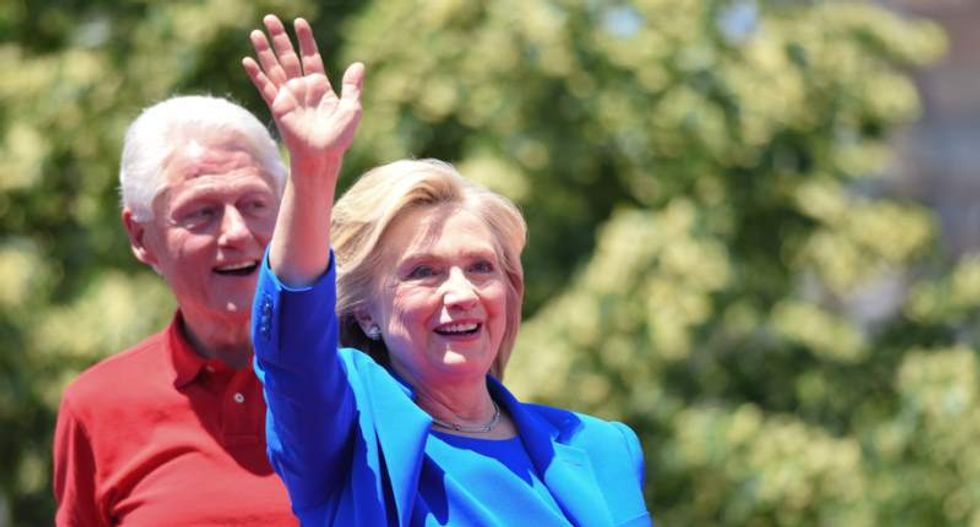 Former Secretary Of State Hillary Clinton formally announces her intention to seek the 2016 Democratic nomination for president on June 13 2015. [a katz / Shutterstock.com]

Clinton's victory over Sen. Bernie Sanders (I-VT) -- giving her a clean sweep of Tuesday's primary states -- was not projected until 100 percent of the state's precincts reported.