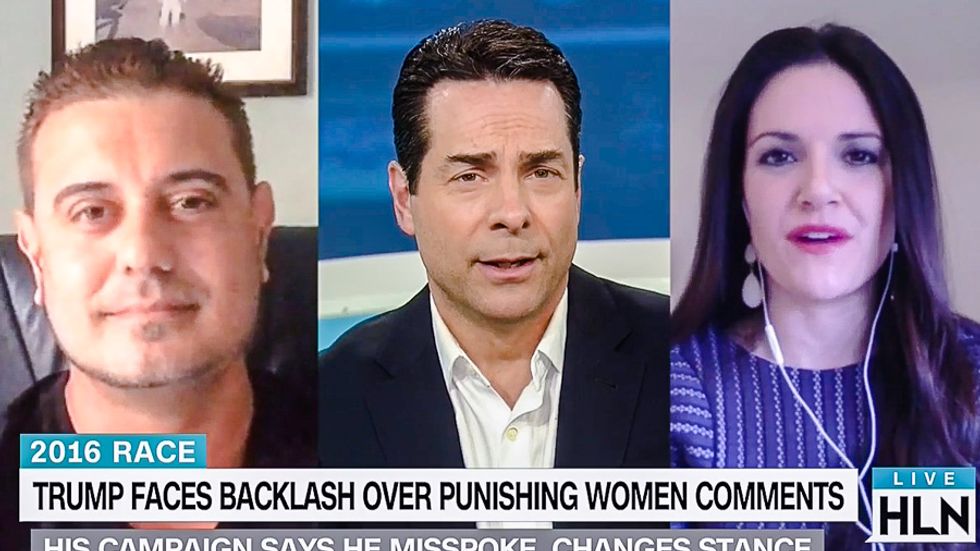 Democratic strategist Nomiki Konst told HLN on Thursday that Donald Trump had hit a nerve with his comments about punishing women for abortions because it reflected "what Republicans actually think."

Trump's position that women deserved a "punishment" if they illegally had abortion quickly changed on Wednesday after conservatives in the so-called pro-life movement reacted in horror. Trump later said that women were the "victims" of abortions, and that doctors should be punished.

"I think what Donald Trump did is he was pulling the curtain back on what most Republicans actually do think," Konst explained on Thursday. "They have worked very hard over the last 40 years, 35 years to come up with a proper messaging so they can take the [anti-abortion] message on a national level and win -- which they're not really doing right now -- but winning national elections on the abortion issue."

"But the real fight is at the states," she observed. "And to be completely fair, they have been punishing women at the state level in several states. From Texas to Arizona to Ohio, Planned Parenthood has been defunded."

Konst pointed out that efforts to restrict abortion rights had reportedly caused thousands of women in Texas to attempt to self-abort their pregnancies in 2015.

"You have women who don't have access to clinics, who have to drive hours across state lines if they can afford to, and there are many women who can't afford to," she said. "And so what happens here is that women are being punished, and as much as we don't like the rhetoric that Donald Trump has used, it is exactly what Republicans are saying behind closed doors."

"They want to punish women," Konst insisted. "It doesn't matter if it's doctors or women, they want to go after them."