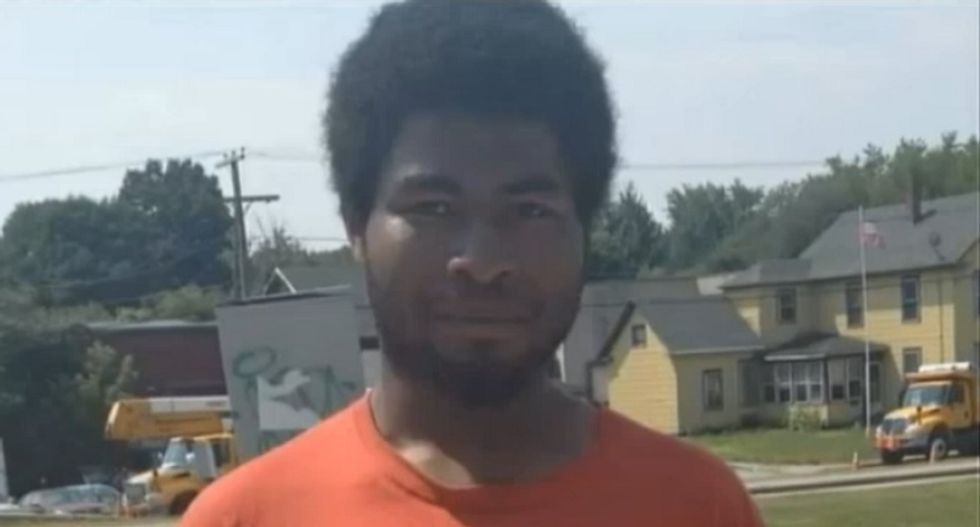 Jeffrey Pendleton, 26, was arrested inside a private residence for having a small amount of marijuana. He died exactly one year after being awarded settlements for lawsuits that challenged the city of Nashua's police for forcing homeless people off public property.

Pendleton was jailed on a $100 cash bond but couldn't raise the money to bail out, being homeless. He was found dead in his cell at 2:45 p.m. on Sunday.

“We will deeply miss Jeff,” said Gilles Bissonnette, legal director of the ACLU of New Hampshire, which had helped Pendleton with his legal actions. “He knew there were people like him out there having similar interactions with law enforcement. He wanted change, whether if for a black person or simply a poor person out of work.”

Pendleton won a total of nearly $20,000 in settlements from the cities of Hudson and Nashua after he was arrested for panhandling on public property and walking near a public library after police told him not to.

Pendleton had been in and out of jail and was apparently trusted and liked by jailers, who entrusted him to work within jails while incarcerated.

His death came just one day after the U.S. Justice Department sent a letter to judges nationwide, about concerns over the treatment of poor people by courts.

“Systems that rely primarily on secured monetary bonds without adequate consideration of defendants’ financial means tend to result in the incarceration of poor defendants who pose no threat to public safety solely because they cannot afford to pay," the letter reads.

According to the Union Leader, Pendleton worked low-wage jobs to make ends meet until he split from his wife in 2009, after which point he became homeless.

Read the Department of Justice letter, as posted by the Union Leader, here:

Watch a report, by NECN, as posted here:

Texas Tribune
As people in Uvalde and across the country groped for solutions in response to the latest mass school shooting, Texas Republican officials pointed, again, to school doors.

“Have one door into and out of the school, and have ... armed police officers at that door,” U.S. Sen. Ted Cruz said on Fox News the day after a gunman killed 19 elementary school students and two teachers.

'Trumpism has metastasized' and is headed to 'dark, eerie places': former GOP lawmaker

According to a report from the Guardian's David Smith, conservatives are increasingly looking at putting Donald Trump in the past and moving on but Trumpism will remain a "dominant strain" in the Republican Party and voters can expect to see candidates carrying his banner for years.

With the former president reeling after several of the candidates he endorsed went down in flames in Republican primaries, DC insiders are seeing a way for future candidates to champion his causes while turning their backs on the man and all the baggage that comes with him.

Glammed up in satin knickerbockers, sequins and platform boots, ABBA fans streamed into a concert hall in east London Friday for the opening night of "ABBA Voyage", the Swedish supergroup's digital avatar show.

Many had crossed continents and had bought tickets for multiple nights.