How the death penalty may keep innocent people in prison 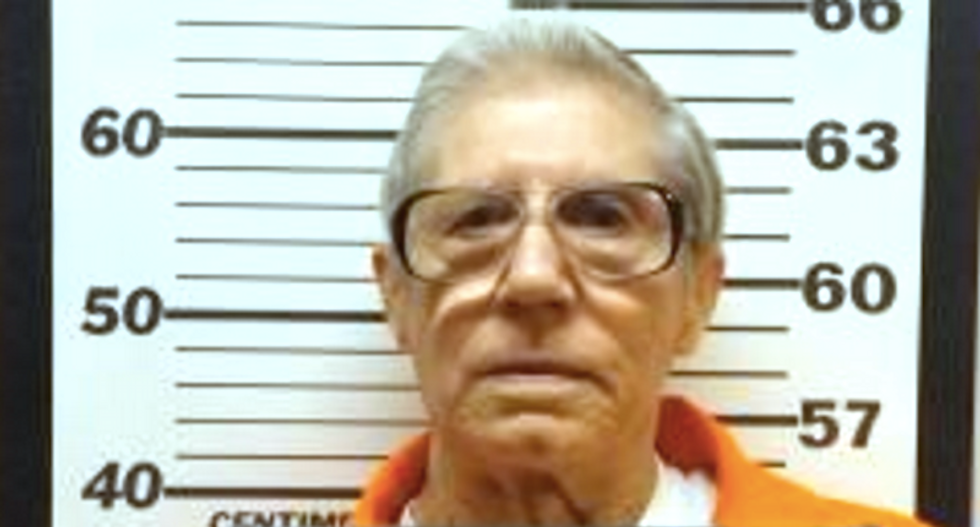 To get the measure through the Republican-led House, Utah legislators might point to another reason to abolish capital punishment, one counterintuitively illustrated in the recent executions of a Texas serial killer and an Oklahoma gangbanger: state executions of the guilty sometimes impede exoneration of the innocent.

A case in Texas

Rodney Lincoln was convicted in 1982 of murdering JoAnn Tate and violently assaulting her two young daughters. The crime scene was bloody and brutal, but the evidence against Lincoln was tenuous. There was a shaky hair analysis, a smattering of other physical evidence and little else. Except, that is, for the testimony of Tate’s eight-year-old daughter, Melissa Davis, who survived the attack.

Davis picked Lincoln out of a lineup and identified him as the murderer at trial. Largely on the strength of that single identification, Lincoln was convicted and sentenced to two life terms. Despite DNA tests on the hair evidence that found no match to Lincoln, Lincoln remains in prison. But 33 years later, Davis (not her present name) no longer believes that Lincoln was the man who killed her mother. After watching a true crime show about her case, Davis realized that convicted serial killer Tommy Lynn Sells was the real killer. 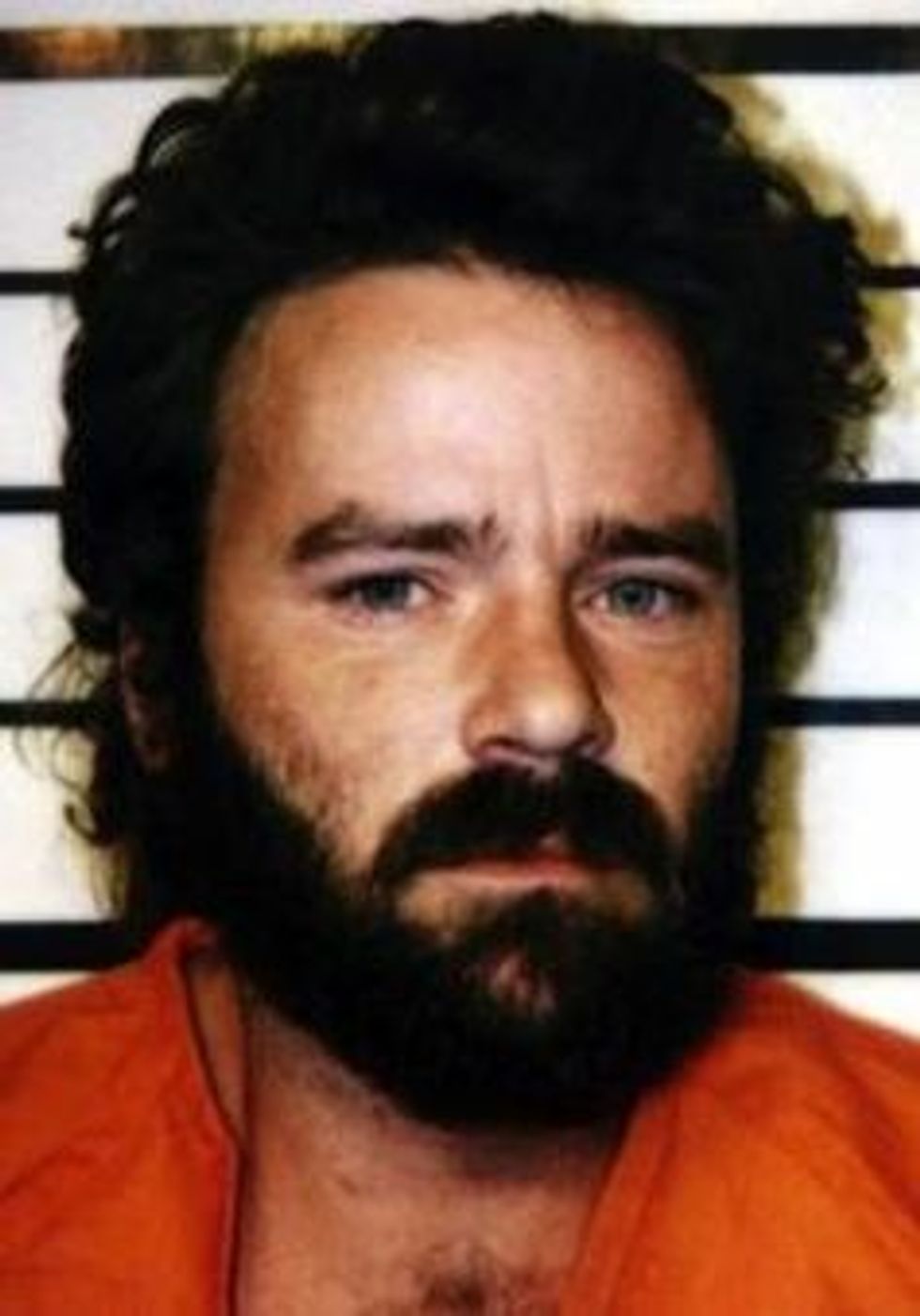 Tommy Lynn Sells was one of the most notorious, and lethal, serial killers in U.S. history. He is believed to have murdered scores of people, and has personally claimed responsibility for as many as 70 killings across the country, including a family of four only 80 miles from the Tate/Davis home. Details from the gruesome crime scene are eerily similar to those found in other killings committed by Sells.

If Davis is right, Lincoln has spent 33 years in jail for a murder committed by a convicted serial killer. Clarity might have been obtained simply by questioning Sells about the incident. Indeed, Sells confessed to numerous killings from his death row cell, helping clear up several cold cases. But that option is no longer available because Sells was executed by the State of Texas in 2014.

And one in Oklahoma

A similar story played out recently in Oklahoma, where Judge Sharon Holmes presided over a postconviction hearing to assess claims brought by two men, Malcolm Scott and De’Marchoe Carpenter, who have been imprisoned for more than 20 years for a murder they say they didn’t commit.

The case at trial was weak. No physical evidence linked them to the crime – a drive-by shooting of a teen house party that resulted in the death of Karen Summers. Two witnesses claimed that they saw Scott and Carpenter in the car or shooting from it, but both witnesses now say that they actually did not see anything but testified because of police coercion. The heart of the state’s case, in any event, was the testimony of Michael Lee Wilson.

When Wilson was initially picked up, police found him in possession of the murder weapon (confirmed through ballistics) and the rental car used in the shooting. But police let him go. Wilson later pleaded guilty as an accessory after the fact and received a five-year sentence. In exchange, he fingered Scott and Carpenter as the killers. Almost entirely based on his testimony, Scott and Carpenter were convicted and sentenced to life in prison.

Wilson, meanwhile, was given a reduced bond and released. Three months later, he and two other men killed a store clerk during a gas station robbery. All three men were convicted and sentenced to death.

Fast forward 20 years to 2014. After Wilson’s appeals ran out, Wilson confessed, saying that Scott and Carpenter had nothing to do with the shooting and had spent the last two decades in prison for crimes they didn’t commit.

The dilemmas of Lincoln, Scott and Carpenter might seem like anomalies, but they are not. Postconviction DNA testing has not only exonerated 337 persons to date, it has also identified 140 actual perpetrators whose DNA is recorded in the database. As of January 1, 2016, there were 2,943 prisoners on death row, and given what we have learned as a result of DNA exonerations, it is almost certain that some of them committed additional crimes for which other innocent persons have been convicted.

In New York, for example, Jeff Deskovic was convicted for the schoolyard murder of 15-year-old Angela Correa in 1989. Four years later, Deskovic’s classmate, Steven Cunningham, was convicted of a different murder. Cunningham was serving a 20-year to life sentence for that crime when he confessed that he, not Deskovic, had killed Angela Correa. Deskovic was exonerated after spending 15 years in prison.

In 1993, Ruddy Quezada was convicted of a drug-related shooting, but doubts emerged about Quezada’s guilt. Eventually, another federal prisoner serving multiple life sentences for contract killings confessed to the shooting. Quezada was released after spending 22 years in prison for the wrongful conviction.

In another case, Douglas Warney called the police claiming that he had information about the murder of a woman for whom he worked as a house cleaner. After a 12-hour interrogation, Warney, who had an eighth grade education and was mentally ill, confessed. He was convicted and sentenced to 25-years-to-life in prison. There were, however, troubling inconsistencies in the confession, and when blood evidence was later tested, the DNA matched neither Warney nor the victim, but a man named Eldred Johnson Jr., who was serving a life sentence for other crimes. When questioned, Johnson confessed to the crime, which he said he committed alone. As a result, Warney’s conviction was vacated and he was released.

Deskovic, Quezada and Warney might all still be in jail if the actual perpetrator of the crimes for which they were convicted had not come clean.

Caught up in the system

Few, undoubtedly, are saddened by the execution of killers like Tommy Lynn Sells and Michael Lee Wilson, and it is hard to credibly argue that Sells and Wilson didn’t “deserve” to die for their crimes. But as the Lincoln, Scott and Carpenter cases show, there are more considerations than simple blameworthiness to consider.

In a courtroom in January, Judge Holmes somberly viewed the videotaped conversation between Michael Lee Wilson and an attorney from the Oklahoma Innocence Project in which Wilson admitted that his trial testimony against Scott and Carpenter was false. According to Wilson, neither man had anything to do with the shooting.

The prosecutor dismissed Wilson’s recantation as merely an attempt to help out fellow gang members. He had no opportunity to question Wilson about his statement, of course, because two days after giving the statement, Wilson was executed by the state of Oklahoma. It is too soon to know what will happen to Scott and Carpenter. That depends on Judge Holmes, but if she has doubts, she won’t be able to look to Wilson to resolve them.

Scott and Carpenter’s cases, like Lincoln’s, remind us of yet another reason why executing convicted criminals is costly.

For the wrongly convicted, the search for truth is never-ending, and sometimes the answers lie in the hearts and minds of convicted, and indisputably guilty, criminals. If we execute those with the darkest secrets, we make it that much harder for the innocent to find the light.