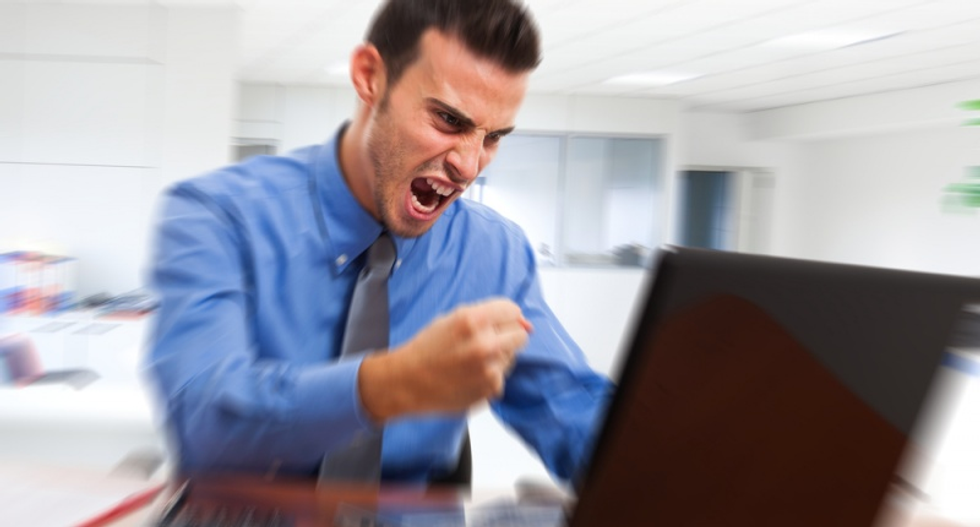 Man angry at his computer (Shutterstock)

Angry little boys who are still holding it against their mothers that they weren't breastfed took to the internet today to wax poetic on their disgust for International Women's Day. The first observation of the holiday was in 1909 to advocate for the garment workers in New York, but the holiday has evolved to advocate for pay equity, global education for women, campus safety and more. Men's rights activists celebrated IWD by sarcasm-laced comments and tweets online instead.

First, the Men's Rights Movement blamed women for the rate of male suicide:

Then there are the women who don't support women:

One would think that Reddit would have to shut down it would be so overburdened with comments denouncing the day. Instead, the sarcasm flowed like the river of slime in the Ghostbusters: 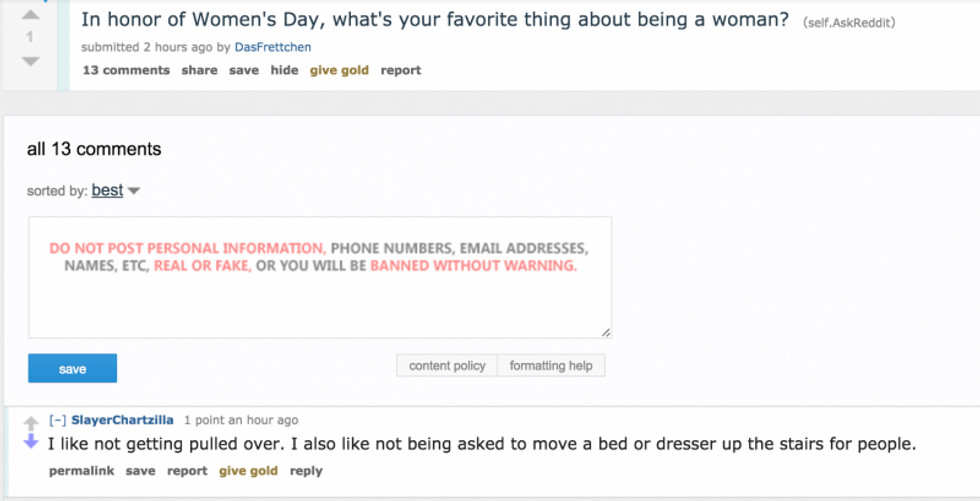 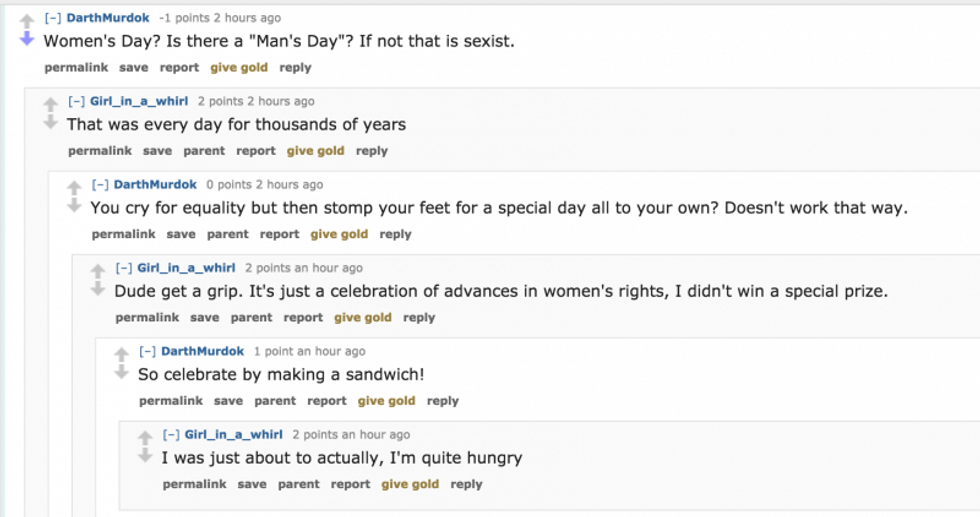 Then there is 4Chan, the website that has a history of freaking out over fake news that they perceive to be anti-men. 4Chan said some things so offensive it isn't even appropriate to post, but here's a small taste:

Outside the hate, there's the sad and disturbing reality checks and reminders of the things that the world must still fight for:

#OneDayIWill have people notice me for my #IT skills and not ignore me because I am a #woman. #StayStrongWomen #InternationalWomensDay
— Phugitiv (@Phugitiv) 1457447446.0

Republicans invite you to enjoy the rights so many courageous women fought for before they take them away #InternationalWomensDay #IWD2016
— The Daily Edge (@The Daily Edge) 1457448739.0