'I am f*cking white!' Acid-dropping Trump supporter descends into a f*ck-filled freakout in Chicago 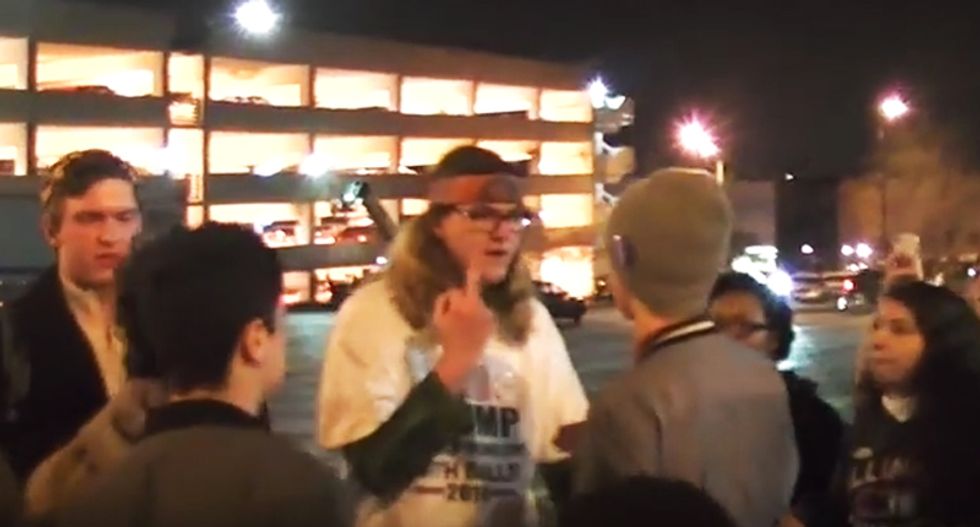 Sporting a Trump t-shirt, a bandanna and shiny fanny pack, a Trump supporter had a major freakout after leaving the cancelled Trump rally in Chicago Friday night

The man is seen giving the finger and screaming "F*ck you," over and over again inside the arena at the University of Illinois in Chicago after learning that the candidate had pulled the plug despite assurances from police that there was no danger.

According to a tweet from John Sheehan -- who uploaded the video -- a friend of the Trump supporter confirmed that his buddy "was high on LSD (acid)" and "freaks out when he hears that the March 11 Trump Rally in Chicago is cancelled."

Outside the arena, the man is confronted by protesters and the conversation becomes garbled, outside of a few more "f*ck yous" and "I am f*cking white!"

Prior to being lead away, his friend can be heard telling the protesters, "He's really f*cked up."

Watch the video below, uploaded by The Video Catalyst Project :