'I thought we were under attack': Attempted break-in terrifies Arab-American newspaper in Michigan 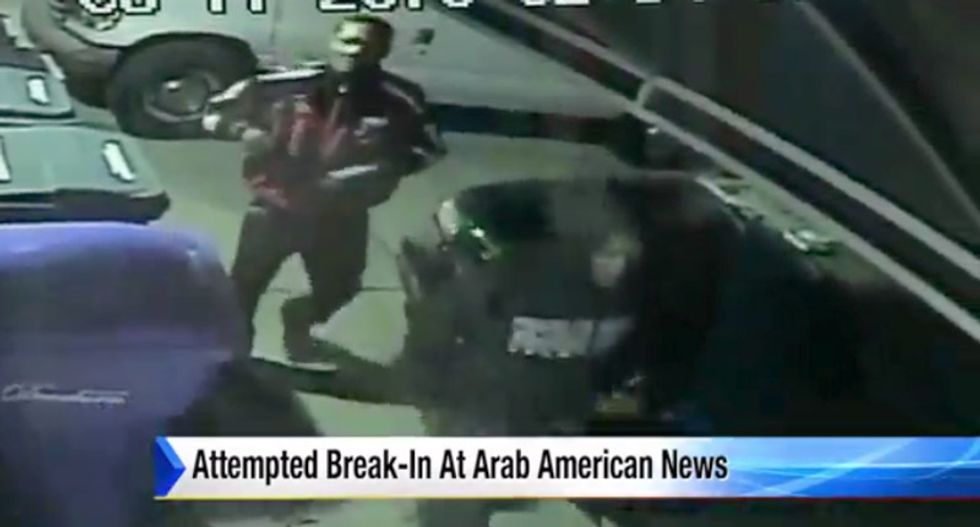 Two men tried to break into the suburban Detroit office of an Arab-American newspaper early on Friday morning, raising concerns that anti-Muslim feelings were behind the incident, the weekly paper's founder and publisher said.

Most of the staff of The Arab American News in Dearborn, Michigan, were preparing the paper for printing around 2:30 a.m. EST when they heard several loud bangs at the building's back door, Osama Siblani said.

Dearborn has one of the largest Arab-American populations of U.S. cities.

"I thought it was a Charlie Hebdo with an Arab twist. I thought we were under attack," Siblani told Reuters. He was referring to an attack last year on the satirical weekly magazine in Paris, where 12 journalists were killed by Islamic militants after it ran cartoons lampooning Islam and the Prophet Mohammad.

"Today, with the political climate, you never know," Siblani said. "People are inflamed. There is some Islamophobia. Even the presidential candidates are stirring it up."

Republican presidential front runner Donald Trump, who has proposed a temporary ban on Muslims entering the United States, has said in television interviews that Islam hates the United States.

Surveillance video at the Dearborn newspaper showed one of the men using a hammer, striking the glass of the door at least four times. Siblani said he thought at first it sounded like gun shots.

The staff called police, who responded immediately, but the suspects fled.

Dearborn police said in a statement that they were investigating the incident, and Chief Ronald Haddad called the suspects "brazen" for their violent efforts to gain entry to the clearly occupied building. They could not be reached for further comment.

Siblani said one of the police officers told him there were several break-ins of nearby buildings around the time of the incident, but it is not known if they are related.