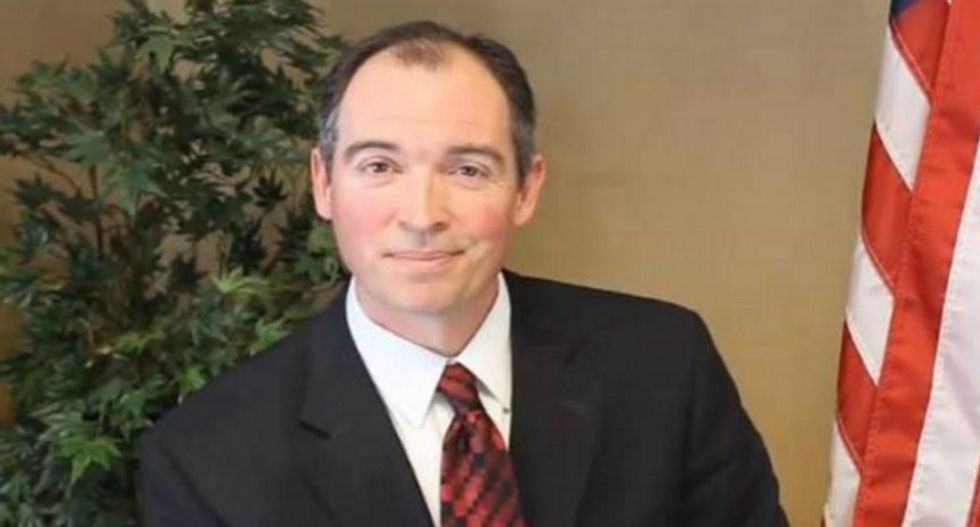 The Idaho House of Representatives has passed legislation allowing references to the Bible in public schools in direct contradiction to the state constitution, the Spokesman-Review reports.

The bill that says use of the Bible is "expressly permitted" passed the House on Monday, even though the Idaho attorney general said such a law is "specifically prohibited" by the state's own governing document. The Idaho Constitution says, “No books, papers, tracts or documents of a political, sectarian or denominational character shall be used.”

According to the Review, the bill's Republican sponsor, state Rep. Sage Dixon, referred to voices in his head for approval, saying, "The little Supreme Court in my head says this is OK.”

The paper reports that Dixon and fellow supporters pushed for the bill by arguing the Bible is not sectarian, but the holy book was specifically mentioned because it is “under attack.” Dixon further said, "There are many religions that refer back to the Bible in their tenets.”

An effort to soften the bill by changing the wording from "Bible" to "religious texts" failed to pass muster, according to the Review.

Republican state Rep. Fred Wood opposed the bill saying it would cost taxpayers hundreds of thousands of dollars in an inevitable court battle.

“I just want my constituents to know back home, this is not a vote against religion or the Bible or anything else,” he told the Review. “What this is a vote against is needlessly wasting the taxpayers’ dollars.”

The bill has already been approved by the state Senate, and now heads to the governor's desk.