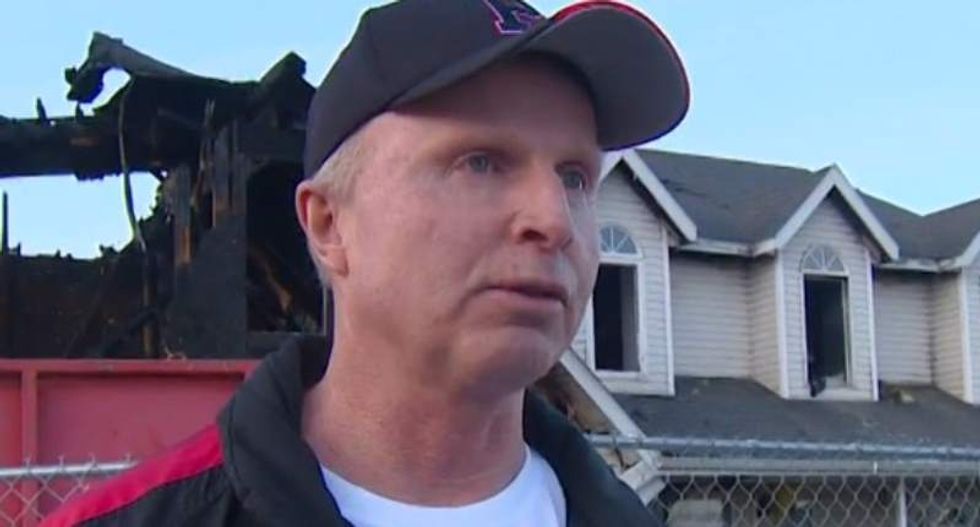 Idaho police arrested three teenagers on Wednesday and were seeking a fourth on suspicion the group set a fire that destroyed the home of a high school principal and could have killed the educator and his wife, authorities said.

The principal had suspended two of the students just days before the blaze in Payette, said the town's police chief.

Mark Heleker, principal of the 430-student high school in the small southwest Idaho community, said he and his wife were awakened during the fire by their adult daughter at about 1 a.m. on Feb. 22 after she returned from walking her dog and saw flames shooting from the home's attached garage.

The trio and their pets escaped unharmed from the two-story house before it was engulfed, as their cars, furniture and other belongings were destroyed, he said.

"I was in shock. And there was a greater shock still to come," Heleker said.

Police said investigators interviewed dozens of students at the high school and reviewed statements on Facebook pages and Snapchat, determining that three high school students and one eighth-grader were involved.

Two of the high school students and the eighth-grader were arrested on felony arson charges on Wednesday and the fourth teen was still being sought, Payette Police Chief Mark Clark said. Their names were not immediately disclosed.

In the hours preceding the fire, the four teens rampaged through neighborhoods in the community of 8,000 people, breaking into vehicles and vandalizing property, he added.

"What's really scary is that after they started the fire, they drove away.

"About 2 miles (3.2 km) down the road, they looked back to see the house, which is on a hill, fully engulfed, but made no attempt to call 911 or alert the family," Clark said. "These people could have easily died in the fire."

(Reporting by By Laura Zuckerman; Editing by Alex Dobuzinskis and Lisa Shumaker)