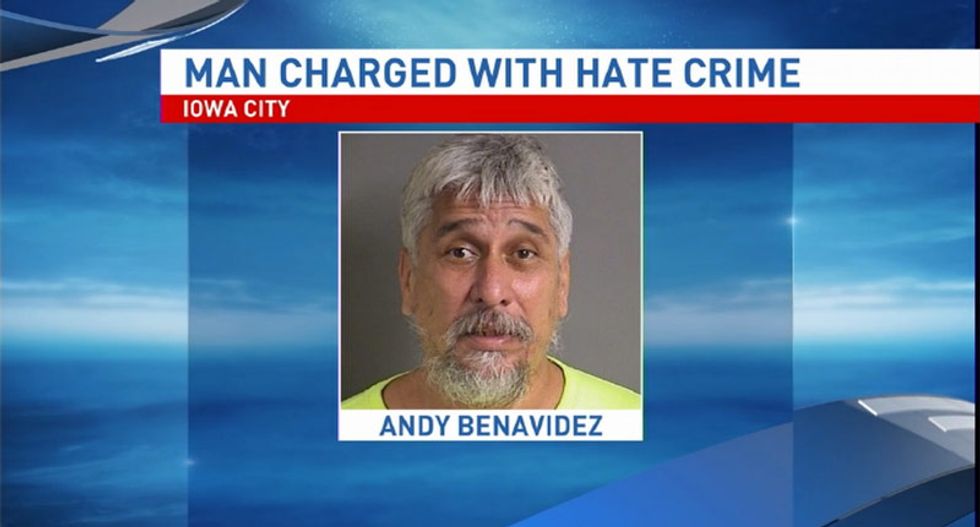 A man was arrested Sunday in Iowa City, Iowa, after allegedly telling police that he attacked an African-American man because he was "allergic to black people."

The victim told told police that the suspect, 47-year old Andy Benavidez, used racial slurs and attacked him. Police also say that Benavidez was wearing a surgical mask during the incident, and told them that he didn't want to catch a black person's germs.

Here is the report from the CBS affiliate in Cedar Rapids.