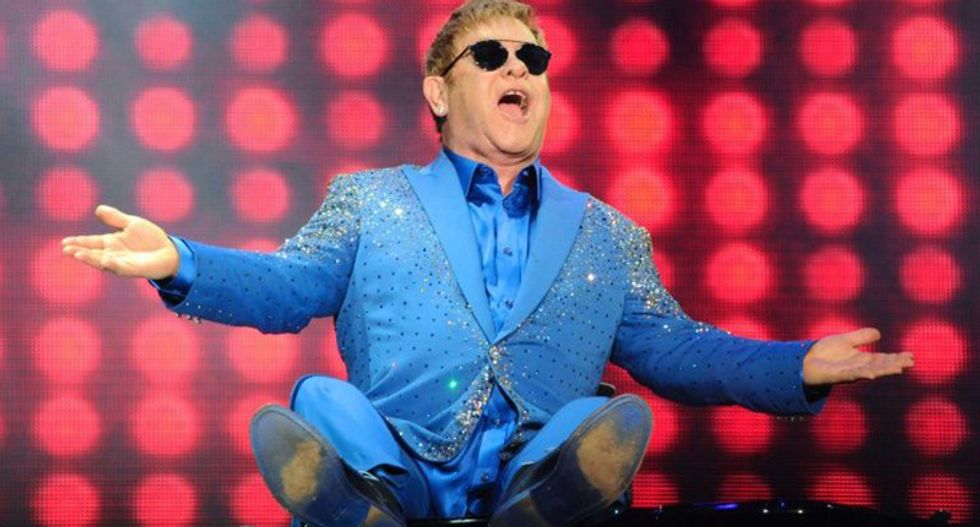 Israel has rejected as "delusional" a claim that superstar Elton John was asked to declare loyalty to the Jewish state before an upcoming concert.

The "Rocket Man" singer's Israeli concert organiser Shuki Weiss issued the claim on Monday, saying the interior ministry initially made the demand as a condition for getting a visa.

"Only two weeks ago Elton John was asked to sign a declaration of loyalty. That insane idea has been dropped," he said, according to Israeli media reports.

His office pointed to a supposedly problematic clause in the visa form which reads: "I declare that I have never acted against the Jewish people or the security of the state of Israel," the Haaretz newspaper reported.

The interior ministry denied that was anything unusual, and said it would consider suing Weiss for defamation.

"We are talking about a blatant lie which is meant to provide headlines for the promoter at the expense of a government ministry," spokeswoman Sabin Hadad said.

"No artist has ever been asked to sign such a declaration and to think such a thing is delusional."

John is scheduled to perform in Israel's commercial capital Tel Aviv on May 26.