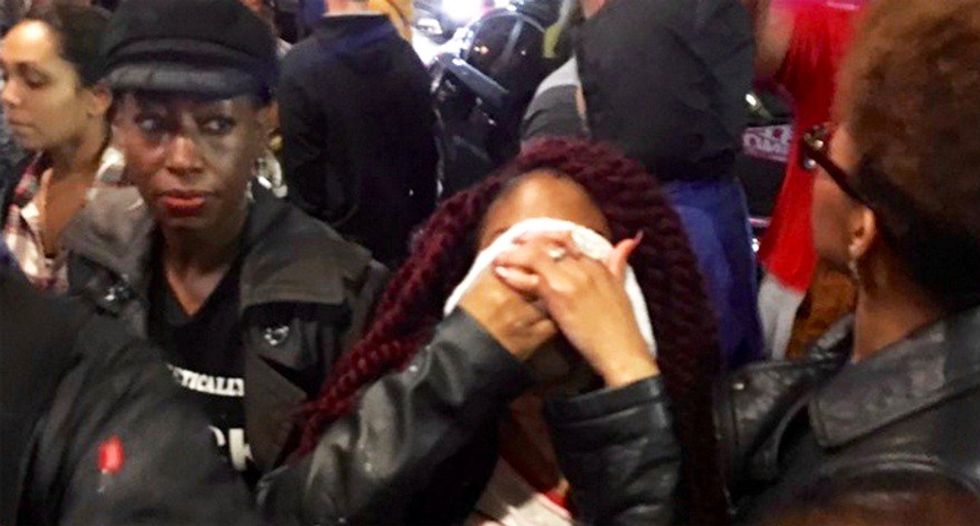 Kansas City's police chief defended the use of pepper spray on crowds outside of a Donald Trump rally on Saturday night, saying his officer used "great restraint," reports the Kansas City Star.

Social media erupted Saturday evening after video was posted showing officers on horseback and on foot casually showering protesters with pepper spray despite no visible threat from the crowd.

According to Police Chief Darryl Forté, his officers were in danger after being surrounded by a crowd that already had thrown objects.

“When you look at the video, it looks bad,” Forté explained. “But the officers were in danger on both sides.”

Officers reportedly contacted their commanders stating that that anti- and pro-Trump protesters were taunting each other and moving into the street despite police orders. With officers on foot unable to move the crowd, mounted police were summoned to form a wedge which proved ineffective.

The Star reports that one of their photographers saw a woman slap one of the horses in the face and then melt into the crowd when police tried to detain her.

“Everybody was warned to move back,” Forté said, adding that a police commander finally gave orders for officers to “do what you need to do with the pepper spray.”

According to Forté, “They showed great restraint. You get to the point where you take control or you let the mob take control."

Following the pepper spray incident, the chief tweeted: “There’s been no riot in our city. Most in downtown area lawfully expressed themselves while lawfully assembling.”