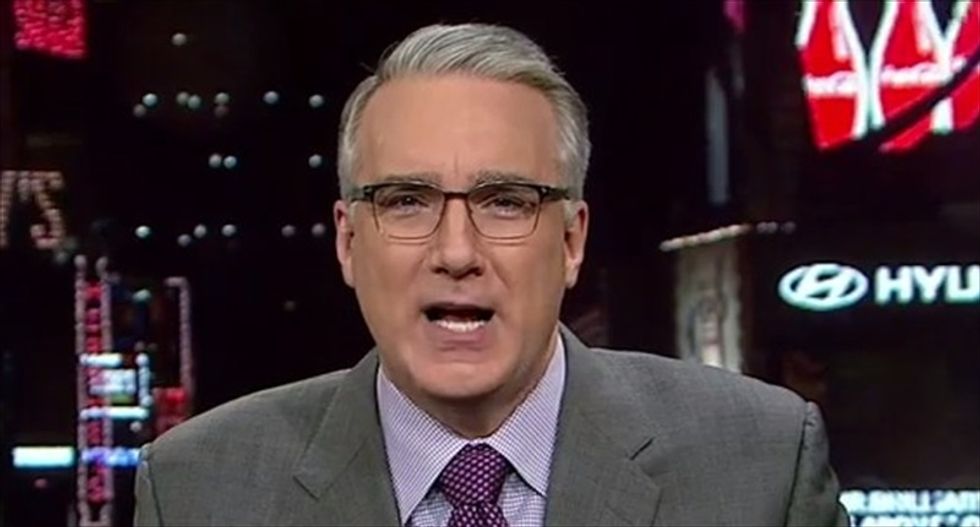 Former ESPN and MSNBC host Keith Olbermann lit into Donald Trump in a column for the Washington Post on Tuesday, portraying him as being oblivious when it came to being a landlord, let alone a presidential candidate.

"Take away the unmappable comb-over and the unstoppable mouth and the Freudian-rich debates about genitalia, and there is no Trump campaign," Olbermann wrote. "Donald Trump’s few forays into actual issues suggest he is startlingly unaware of how the presidency or even ordinary governance works."

Olbermann led off the column by stating that he was moving out of a Trump-owned building in New York City after nine years, out of the feeling that the Republican presidential candidate's very name has "degraded the public discourse and the nation itself."

He also noted a University of Massachusetts at Amherst study showing that the real estate magnate won the heaviest support from Republican voters with "authoritarian inclinations."

"There could still be enough idiots to elect Trump this November. Hell, I was stupid enough to move into one of his buildings," Olbermann wrote.

But the bright side, he added, was Trump's lackadaisical nature; according to Olbermann, it took months for his staff to complete the repairs when his building's elevator broke down, as well as several heating units.

"If there is a President Trump and he decides to build this ludicrous wall to prevent the immigration from Mexico that isn't happening, and he uses that same contractor, it'll take them about a thousand years to finish it," Olbermann quipped.