Larry David kills it on SNL as Bernie Sanders telling fanatical supporters 'Thanks -- but get a life!' 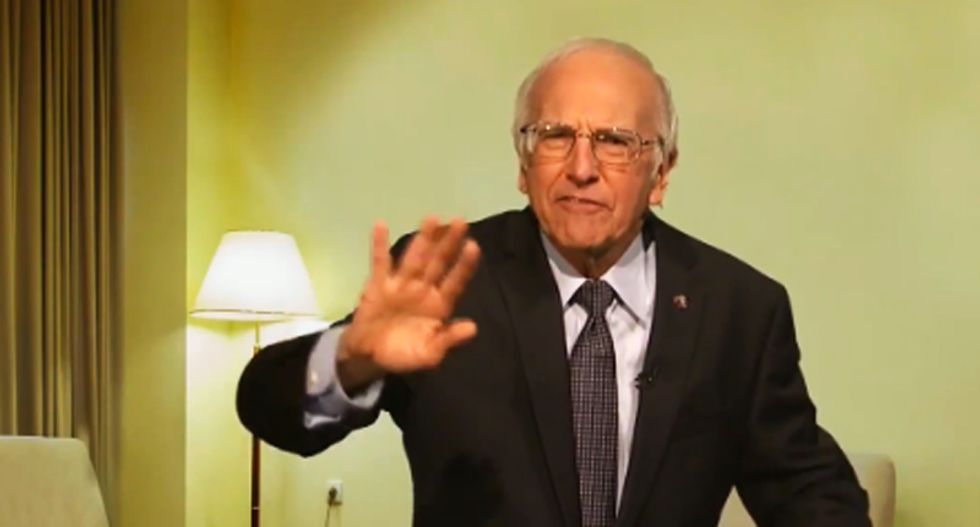 "I want to thank everyone for voting for me, and apologize to everyone else for making your Facebook page so so annoying. I mean, I love my supporters, but they're too much, right? I'm not that great," Sanders told the audience before adding, "With all due respect to my voters: get a life!"

Explaining his appeal, Sanders stated, "My message is resonating with with a very diverse group of white people," before adding "of all ages: 18-year-olds and 19-year-olds. Eh -- that's it. The young people love me, Tapper. Because I'm like them: I got a lot of big plans and absolutely no idea how to achieve them."

Playing Donald Trump, Darrell Hammond introduced former candidate Ben Carson (Jay Pharoah) -- who recently endorsed the businessman -- explaining, "My guest today is so tremendous. Dr. Ben Carson is a very special man -- and for once I don't mean that as an insult for the mentally challenged."

SNL also did a quick turnaround on black protesters being assaulted at Trump rallies with Carson nursing a black eye using a Trump steak as Trump admonished his fans, "Guys! What did I say? Not this one! This is one of the good ones!"

Watch video below via SNL: