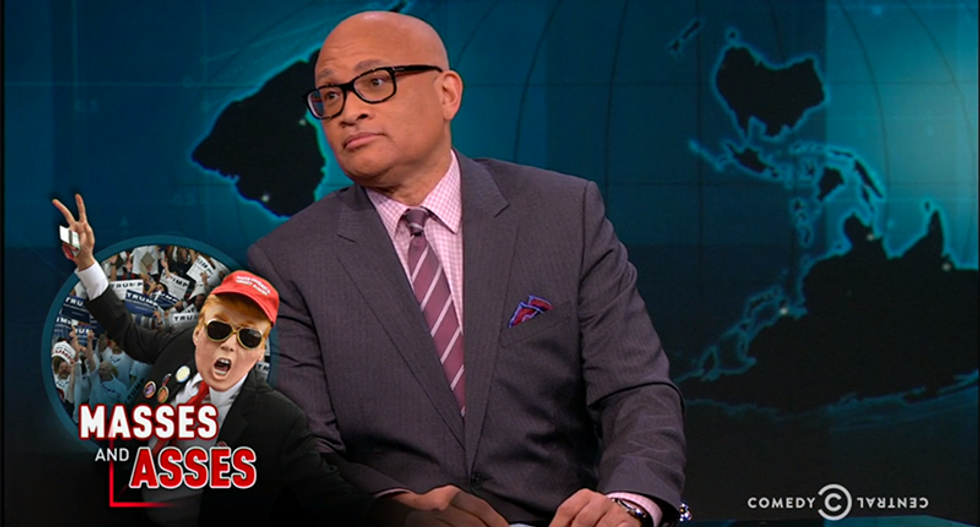 Donald Trump is ejecting people from his rallies at a rate of one every four minutes, "Nightly Show" host Larry Wilmore said on Wednesday. "What? Does Donald Trump have a racial egg timer? DING! Grab a black!"

Wilmore admitted to saying some pretty bad things about Trump, but couldn't imagine Trump would be in favor of some of the "thuggery" that is going on. Then he ran a clip of Trump saying in the "good old days" people would be carried out on stretchers. "You know, the president isn't supposed to openly advocate for violence, right?"

So far, Wilmore's favorite Trump Rally Ejection was a guy who had a black hat on with a giant plush penis on top of it. "I mean, my god, you guys! He's wearing a penis hat! This is so beautifully ironic. Think about it: An actual d*ck head, is getting kicked out of a rally by d*ck heads, who are there to support a d*ck head! I think that's pretty good!"

The most disturbing thing for Wilmore, however, was the swearing oath that looked a little too much like a Nazi salute to most people. He was reluctant to overtly call him out, but he didn't have to because everyone from "The View" to Rachel Maddow made the same point for him. "Here's the thing, people called Bush Hitler, people call Obama Hitler. Come on media, look, all we're talking about here is a guy with hair falling on his face who makes wild gestures at rallies talking about banning an entire group of people based on their religious beliefs...... yeah, Hilter does kinda make sense."

Wilmore explained that nothing can stop Donald Trump, not even God, Himself. Perhaps, because God only got 6 percent of the vote in Mississippi, but at least God performed higher than Marco Rubio. 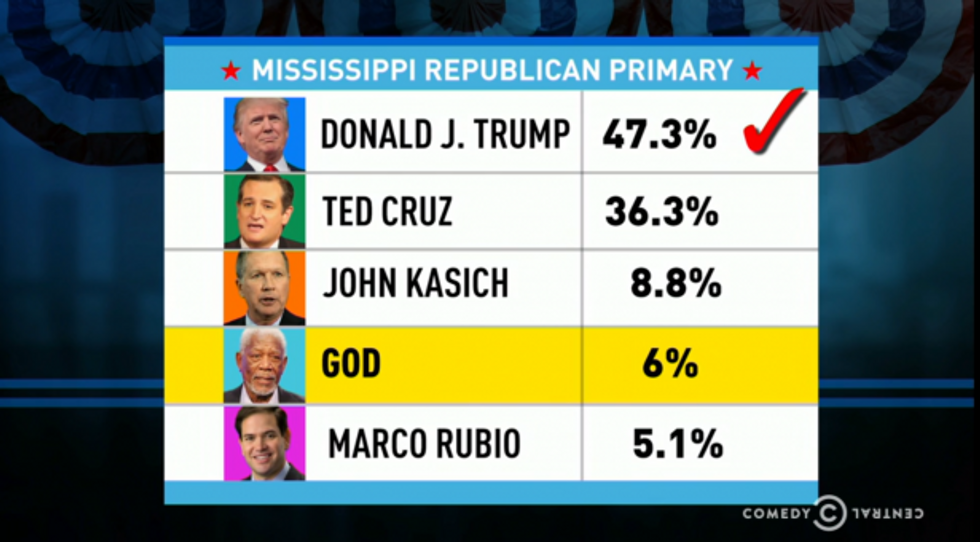