Liberal groups unite to fight Trump: 'This is a five-alarm fire for our democracy' 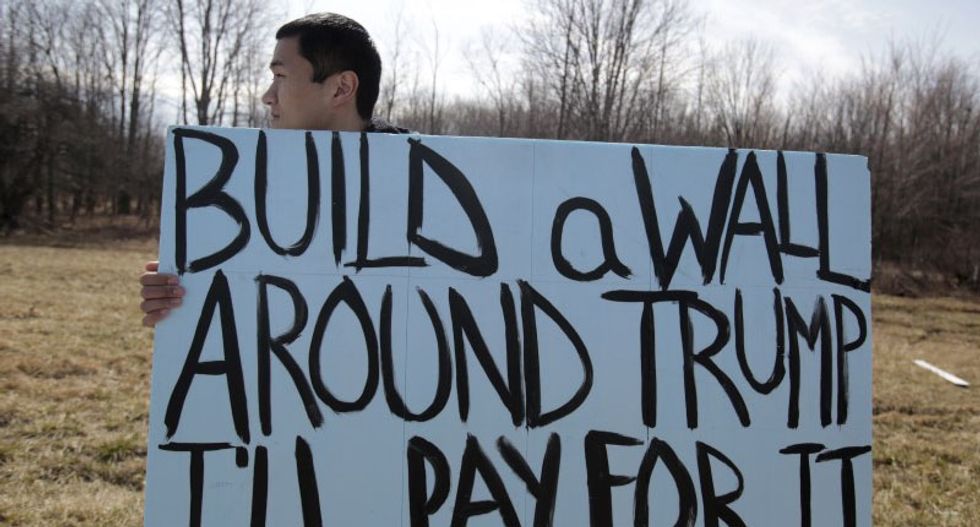 In an open letter released on Tuesday, a group of liberal organizations called for a "non-violent movement" to thwart Trump's candidacy for November's general election, calling the New York billionaire a "hate-peddling bigot who openly incites violence."

"This is a five-alarm fire for our democracy," said the letter, which was signed by the leaders of the liberal advocacy group MoveOn.org, a supporter of Sanders, and the Service Employees International Union, a major labor union that is backing Clinton.

Representatives of 20 other groups signed the letter, which was published online as Americans in five states voted in the latest round of primary contests to pick party nominees for the Nov. 8 election.

Trump has alarmed many in America, not just liberals, with his campaign rhetoric, from calling Mexican immigrants rapists and drug dealers to his proposal to ban Muslims temporarily from entering the United States.

Protests have become a recurring, noisy feature at Trump's rallies and in recent days, tensions have risen sharply as a few of Trump's mostly white supporters have punched or bloodied protesters, many of whom are black or Latino, in scuffles in or outside campaign venues.

The open letter urged Americans to use tactics familiar from the civil-rights movement to oppose Trump, including large public marches and prayer vigils. It told Americans to ask "every media outlet, corporation, and office-holder" whether they will condemn what the letter described as Trump's "racism, misogyny and xenophobia."

The letter also called for efforts to increase voter turn-out in November, hoping to beat Trump if he becomes the Republican nominee.

A Trump spokeswoman did not respond to a request for comment.

Trump has said in media interviews he does not condone violence, but at rallies he has sometimes encouraged people to use force on protesters, drawing condemnation from both Democratic and Republican politicians.

Many protesters have told journalists they are supporters of Sanders, a U.S. senator from Vermont, and Clinton, a former secretary of state. Trump, who canceled a rally in Chicago last week after hundreds of protesters got inside the venue, has said it is unfair that his events are disrupted more than those of any other candidate.