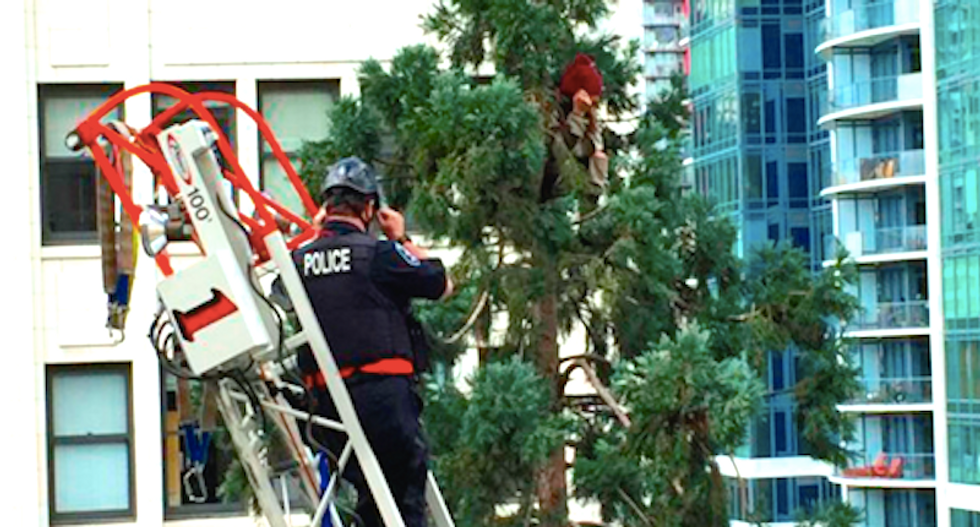 A man who grabbed national headlines for refusing to descend from his perch in a giant sequoia tree in downtown Seattle also refused to appear in court on Thursday, records indicate.

Cody Lee Miller, 28, who was detained on possible charges of malicious mischief, declined to appear in a King County court for a bail hearing on Thursday. The hearing was rescheduled for Friday, court records show.

Miller was arrested on Wednesday after a day-long standoff with police who tried to cajole him down from an 80-foot-tall (24-meter-tall) tree near a Macy's department store in downtown Seattle.

Police said he had created a little nest atop the city landmark.

Law enforcement closed off a small, triangular city block at the base of the tree to protect the public from falling objects, including the man himself, who became a top trending topic on Twitter as "#ManInTree."

Local broadcaster KOMO set up a live stream of the perched man's standoff with authorities.

A police statement said the man appeared to be going through a personal crisis. He was largely peaceful, Michaud added.

It was not clear if Miller had obtained an attorney.

A probable cause affidavit says Miller caused $7,800 worth of damage to the huge tree, the Seattle Times reported.