Michigan mass shooting suspect says Uber app controlled him: It made me 'feel like a puppet' 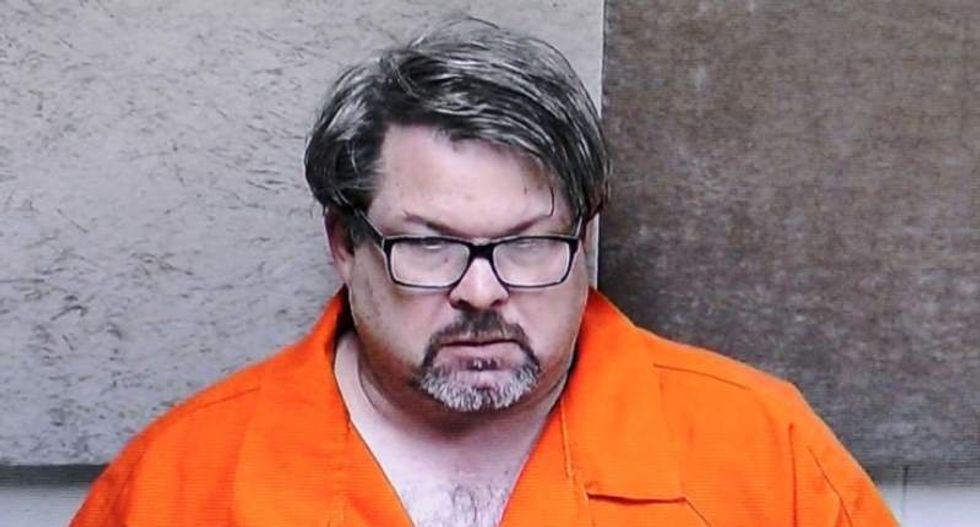 Jason Dalton is seen on closed circuit television during his arraignment in Kalamazoo County, Michigan, on Feb. 22, 2016. (Reuters/Kalamazoo County Court/Handout via Reuters)

The Uber driver in Michigan charged with murdering six people last month in a shooting spree told investigators that the ride-sharing app had the ability to "take over" his body, a local television station reported on Monday.

The Kalamazoo County Sheriff's Department provided WZZM-TV around 100 pages worth of documents related to the deadly rampage in which Jason Dalton is charged in response to a Freedom of Information Act request.

Reuters could not independently verify the report. The Kalamazoo County Prosecuting Attorney's Office declined to release the documents when asked on Monday. Dalton's attorney, Eusebio Solis, could not immediately be reached to comment.

Dalton, 45, told police that when he would press a button on his phone screen, the horned cow head of a devil would appear and give him an assignment that he said would "literally take over" his body, WZZM reported.

"When I logged onto site (the Uber app), it started making me feel like a puppet," Dalton told police during an interview, according to WZZM.

Dalton is charged with shooting eight people, killing six of them, over a five-hour period on Feb. 20 in between driving customers for the Uber [UBER.UL] car service in Kalamazoo, which is about 150 miles (240 km) west of Detroit. Police said last month that Dalton admitted to the shootings.

Prosecutors said earlier this month that a judge granted a request by Dalton's attorney for a competency exam.

Kalamazoo County Prosecuting Attorney Jeffrey Getting said weighing a person's competency to stand trial had no bearing on the person's criminal responsibility for a crime and that the move was not to determine whether Dalton was legally insane.

He faces 16 charges, including six of murder that can bring life in prison.

Watch WZZM's report, as aired on Monday, below.