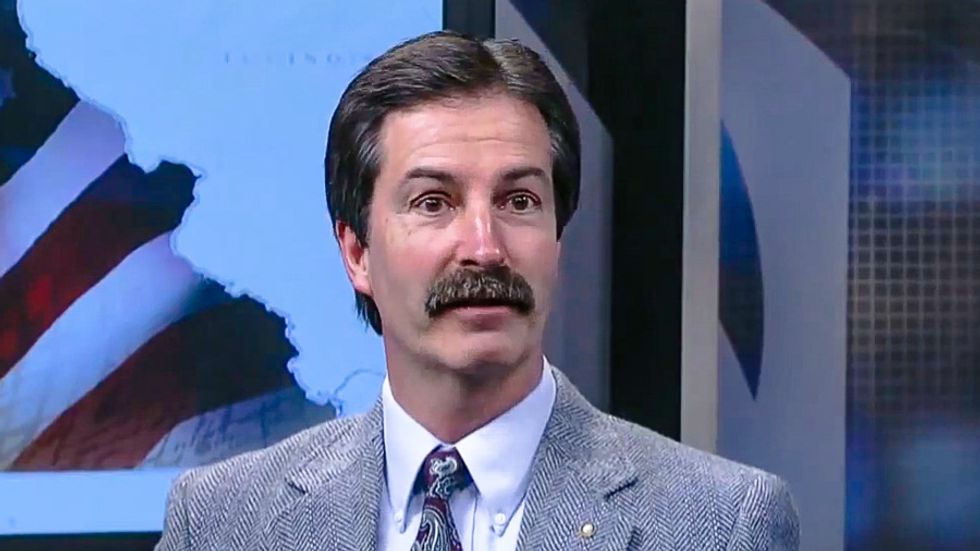 Missouri state Rep. Mike Moon (R) argued this week that he had the right "as a former embryo" to strip abortion rights from women.

On Tuesday, Missouri's House Committee on Children and Families debated House Joint Resolution 98, a personhood measure that would ban abortion by adding constitutional protections for "unborn human children at every stage of biological development."

Although opponents of the bill pointed out that it would likely be struck down based on the U.S. Supreme Court's 1973 Roe v. Wade ruling, Moon insisted that fetuses should be offered constitutional protections afforded to all citizens.

According to the Missourian, Moon showed the committee a video of a fetus that had developed human characteristics like hands and a face.

“A precious sight, I think most of us would agree,” Moon said of the image. “The more you look at that, the more you have to realize that that is a human being.”

After comparing abortion to the enslavement of African-Americans, Moon reportedly drew laughter from the room when he revealed the foundation of his knowledge of human reproduction.

“As a former embryo myself, I would like protection for all embryos,” he declared.

But St. Louis family physician Ed Weisbart testified that there was no scientific consensus about when life began.

"I know there’s nothing I can say today that will alter your opinion about when life begins,” Weisbart told the committee. “But I’m hopeful I can convince you that unlike what we’ve heard recently, this is just an opinion and not a scientific fact.”