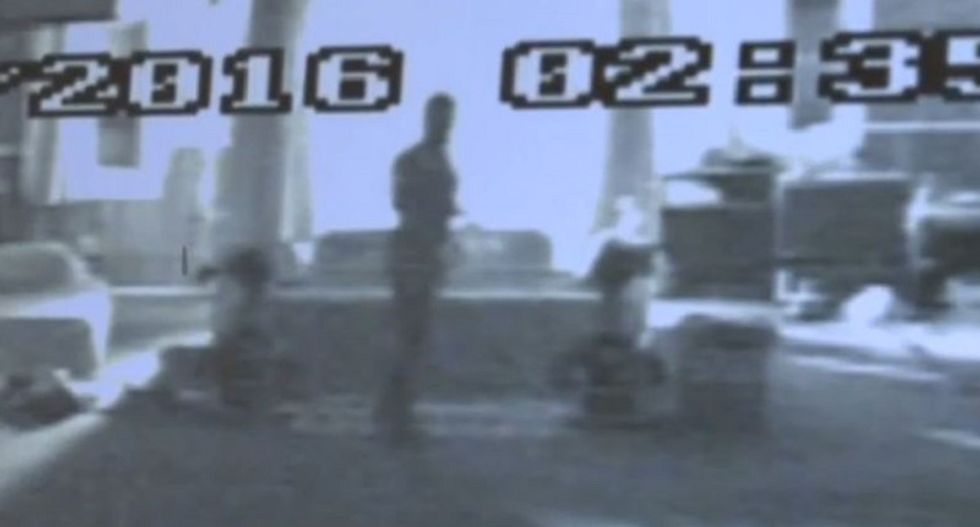 A naked Washington man was arrested Thursday after trashing a Sikh temple he erroneously believed to be associated with the terror organization ISIS, the Spokesman-Review reports.

Jeffrey C. Pittman, 44, was arrested in the Sikh Temple of Spokane after a brief fight with officers. He wasn't wearing any clothes and was wielding two ceremonial swords belonging to the temple.

Pittman told authorities he broke into the building because he was cold and hungry, but once inside became convinced he was inside a mosque and that the mosque was associated with the the Islamic State.

The temple's holy book was also defaced and pages were ripped out, according to the paper. The damage to the inside of the temple totaled about $30,000.

“Our hearts are broken,” Subarna Nagra, a temple member told the Review.

Members of the temple said they also felt compassion for Pittman who they said appeared to be ill. He later admitted to authorities that he had used meth.

Pittman also apparently believed the building was on fire and discharged two fire extinguishers while inside.