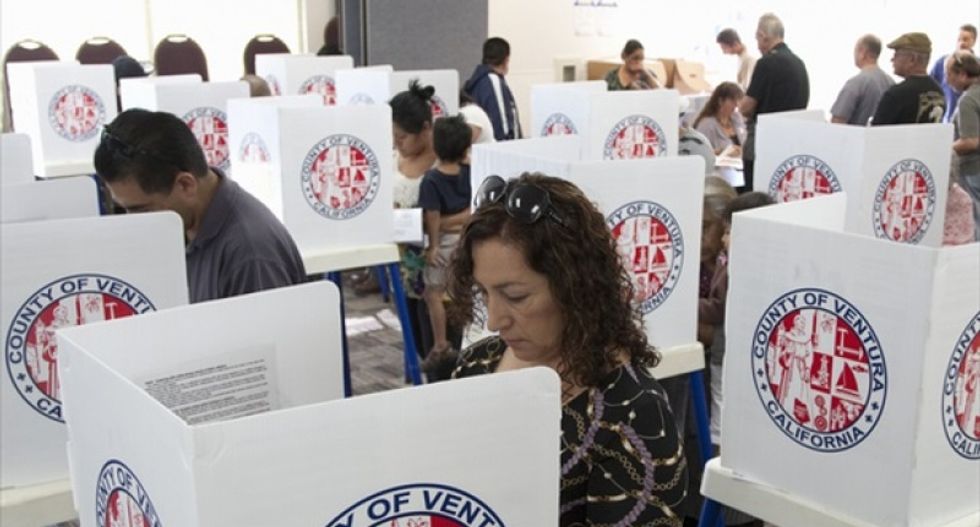 Just last month, the world met an 86-year-old Republican woman who would not be able to vote in North Carolina's election because the state's new voter ID law doesn't accommodate the discrepancy between birth certificate and married names. Now there is another group of people being disenfranchised because of the law: students.

UNC-Chapel Hill senior William Foo was easily able to vote in 2012 for president, but this year he was forced to cast a provisional ballot that may not count. It's because his driver's license is from Pennsylvania. His address on the license doesn't match the address on his voter registration.

Foo isn't the only one, according to The News & Observer. As of Friday's early primary voting, 717 people have been forced to cast a provisional ballot due to inadequate or unacceptable photo identification. UNC isn't the only place either; four out of the five counties that have the highest concentrations of provisional ballots from voters who don't have approved ID were in counties where voters had home addresses listed on or near campuses.

Like with the 86-year-old woman, this was another issue that voting rights advocates cautioned North Carolina's legislature against when it sought to curb it's nonexistent voter fraud catastrophe a few years ago. Students tend to be more transient voters. They move from their parents' house to campus, so their ID doesn't match. Then they can move from their first year in campus housing to an off-campus apartment or Greek-life house and the address might change again. Maybe in their final year, they move in with a girlfriend or boyfriend and the address changes once more. Each time the student would have to get a new driver's license and reregister to vote so their ID would match their voter registration. Foo was left wondering if his vote would count or not.

In previous years, the problem would have been cured by a student using his or her student ID, since it is a form of identification with a name and photo match. The law stripped that option out along with extra days for early voting and the ability for 17-year-olds to preregister ahead of their 18th birthdays.

There is a provision in the law that allows for a 90-day grace period for new registrants. So when student Ruby McClellan registered to vote within that 90-day period she was still able to use her New York driver's license to vote. The problem is that precinct workers didn't know what to do there, either. Initially, they told her she couldn't vote at all.

“If you can prove that I’m a registered voter on your computer, why can I not vote?” she said. “I’m bummed that my first time getting to vote I don’t even know if my vote counts until 10 days after the election.” While she ultimately got to cast a provisional, the precinct worker was annoyed with her.

Under the law, every person is to get a provisional ballot if there is a discrepancy, but precinct workers are clearly unprepared to handle questions and not trained on the new law.