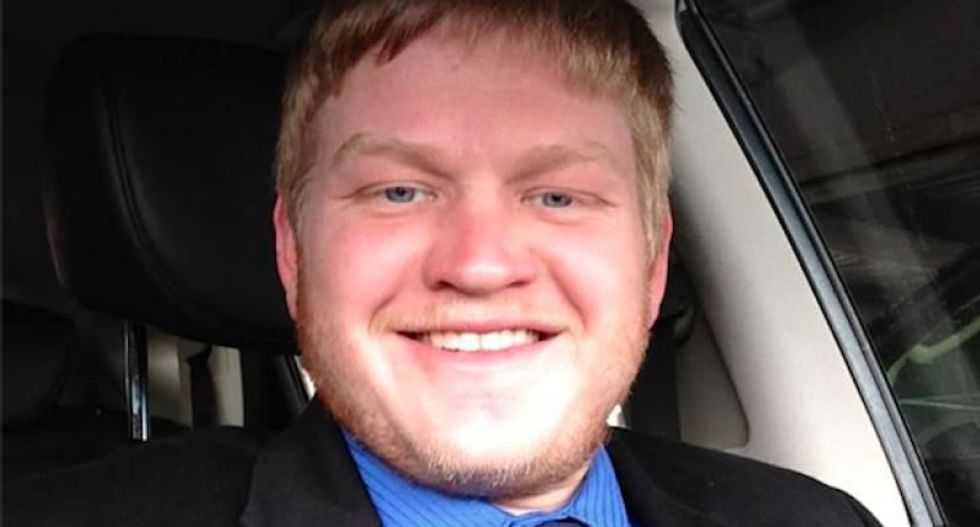 A Republican New Hampshire state representative was charged this week of attempting to lure a teenage girl for sex and possessing an "enormous amount" of drugs for the purpose of distribution.

The New Hampshire Union Leader reported that state Rep. Kyle Tasker (R) was taken into custody on Tuesday after being accused of trying to use Facebook Messenger to lure the 14-year-old girl with the intent to commit a sexual assault while armed.

An agent with Internet Crimes Against Children Task Force posing as a 14-year-old girl communicated with Tasker online, and then set up a Tuesday meeting on Lucas Pond Road in Nottingham. When agents arrived, they found Tasker with a loaded weapon.

“During the completion and execution of the search warrant, law enforcement personnel located an enormous amount of controlled substances and it is apparent from the way they were stored, the volume and the type that they were, these controlled or regulated drugs were there for a distribution operation,” Ilberg-Lamm explained.

Tasker was charged with four felonies, one count of certain uses of computer services prohibited and three counts of possession of controlled drugs with the Intent to distribute.

The 30-year-old lawmaker currently serves on the House Committee on Children and Family Law, which deals with the legal rights and protections of families and children.

"The charges against Representative Tasker are troubling and disgusting," she said.

Trasker was criticized in 2014 after he mocked sexual assault survivors on Facebook. Concord Patch pointed out that Tasker recently posted a suggestive photo of Donald Trump's then-15-year-old daughter sitting on her father's lap, with a caption reading, "#WhosYourDaddy."