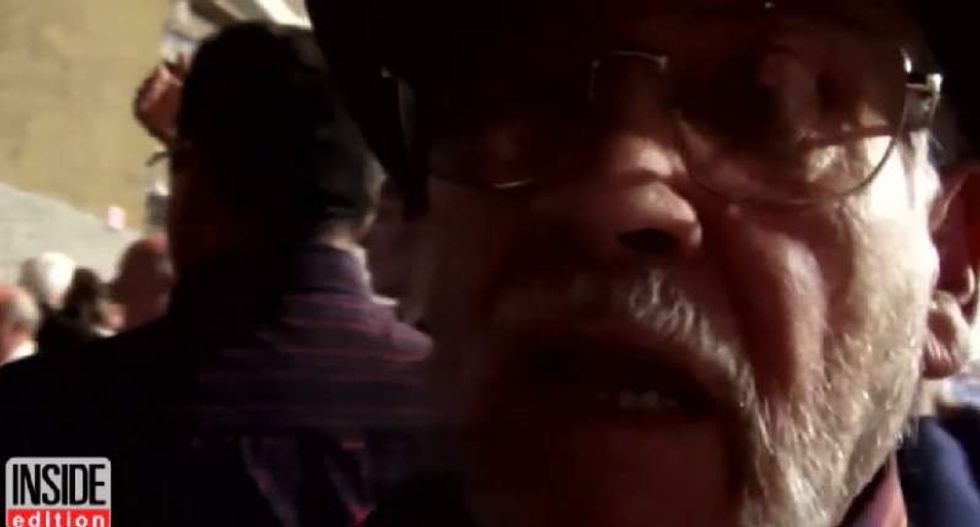 The Cumberland County Sheriff's Department in North Carolina suspended five deputies and put them on "probationary status" for a year in connection with the attack on a protester during a Donald Trump campaign rally, the Fayetteville Observer reported on Wednesday.

The department's attorney, Ronnie Mitchell, confirmed that the disciplinary measures stemmed from the incident involving Rakeem Jones, who was sucker-punched by 78-year-old Trump supporter John McGraw during the event in Fayetteville last week. Three of the deputies were demoted and suspended for five days without pay, while the other two were suspended for three days without pay.

"The actions of the deputies and their failures to act in situations such as that which occurred during the Trump rally at the Crown Coliseum have never been and will not ever be tolerated under the policies of this office," said Sheriff Earl "Moose" Butler in a statement.

McGraw was charged with assault and battery following the attack, and was caught on video expressing no remorse for his actions, going so far as to say that if Jones were seen at another Trump event, "we might have to kill him."

Butler's office also considered charging the candidate in connection with the attack, but ultimately found there was not enough evidence to do so.

"We regret that any of the circumstances at the Trump rally occurred, and we regret that we have had to investigate all of these matters," Butler said in his statement. "It is our duty and responsibility to do justice, and to carefully examine not only the actions of others, but our own actions to ensure that the law and our policies are justly and fairly enforced."