Obama thanks 'Mythbusters' for proving moon landing was real 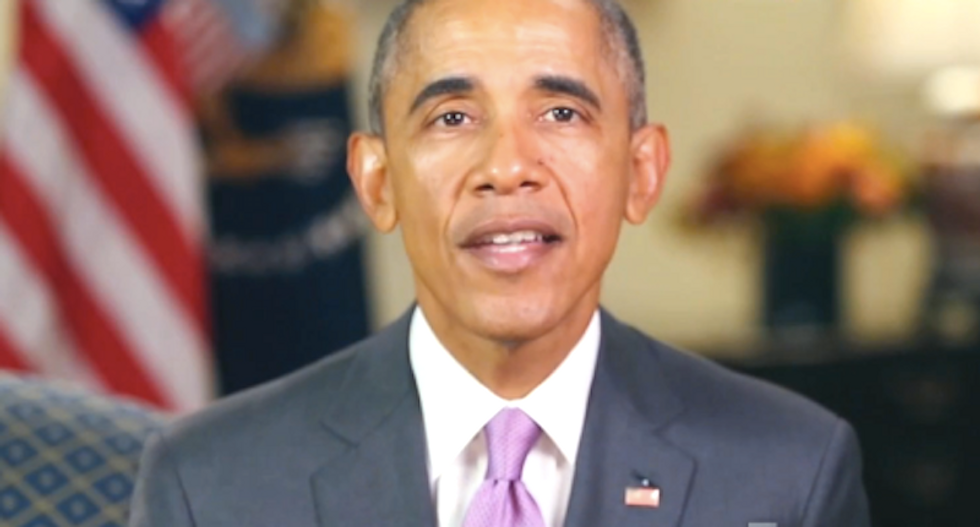 President Barack Obama thanked the "Mythbusters" for proving American astronauts actually did land on the moon.

The popular Discovery program will air its final episode Saturday at 8 p.m., and the president recorded a brief message to express his admiration of the long-running TV show, reported Entertainment Weekly.

The show produced 248 episodes over 14 seasons.

Obama had challenged hosts Adam Savage and Jamie Hyneman to prove the 1969 moon landing when the program recorded an episode in August during a visit to the White House.

The president said he was a big fan of the program, although he complained Savage and Hyneman wouldn't let him blow anything up when they visited the Executive Mansion.

"Thank you for inspiring our young people to ask the big questions about our world, and to seek the answers through math, science and engineering," Obama said.

Conspiracy theories doubting whether the moon was real or staged have persisted since Apollo 11 landed on the moon and astronauts Neil Armstrong and Buzz Aldin became the first human to walk on its surface.