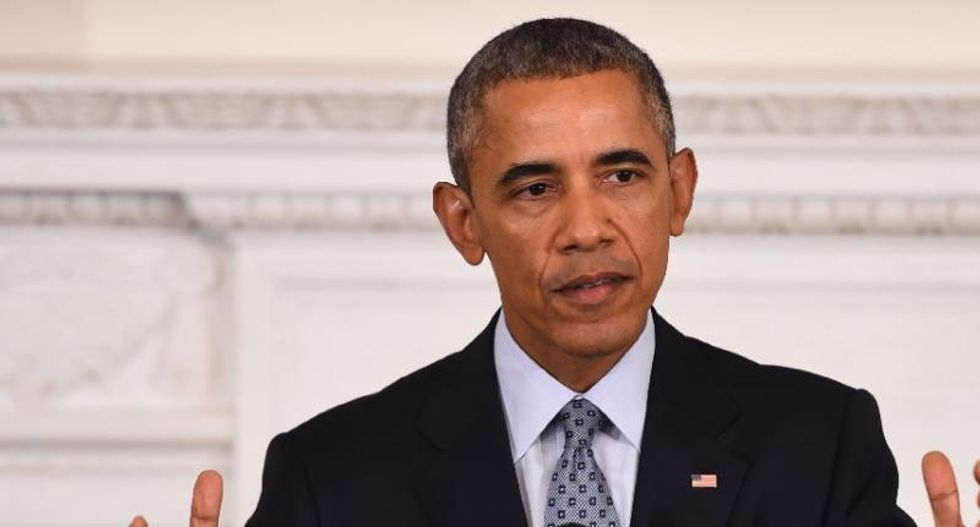 US President Barack Obama speaks during a press conference at the White House on October 2, 2015 in Washington, DC (AFP Photo/Jim Watson)

The suspect, Jonathan Smead, 35, of Cleveland, called a Secret Service office late on Sunday and asked if the call was being recorded, according to an affidavit. He then said, “I want to kill President Obama.”

Smead asked if threatening the president was a federal offense and said he also wanted to kill Clinton, a former secretary of state, the court document said.

Secret Service agents and Cleveland police arrested Smead on Monday at the home of his step-grandmother, where he lives.

During questioning Smead said “he had been drinking alcohol prior to making the call and does not know why he decided to threaten the President and Presidential Candidate Hillary Clinton,” the criminal complaint read.

Smead, who is unemployed, is set to appear in U.S. District Court next Wednesday to determine if he will be charged with a federal crime, according to court records.

Smead said his interest in presidents had been piqued by watching the television show "The West Wing."

His “obsession” with the 1963 assassination of President John Kennedy had caused him to visit the Texas School Book Depository in Dallas, at the site of the killing, as a tourist, the affidavit said.

Smead’s sister, Lisa Henry, told investigators that Smead joined the Navy in 1999 but was discharged after threatening to commit suicide.

Henry also said she believes her brother had called police and threatened the president before but was never charged.

A call to Smead's lawyer, federal public defender Charles Fleming, was not returned.