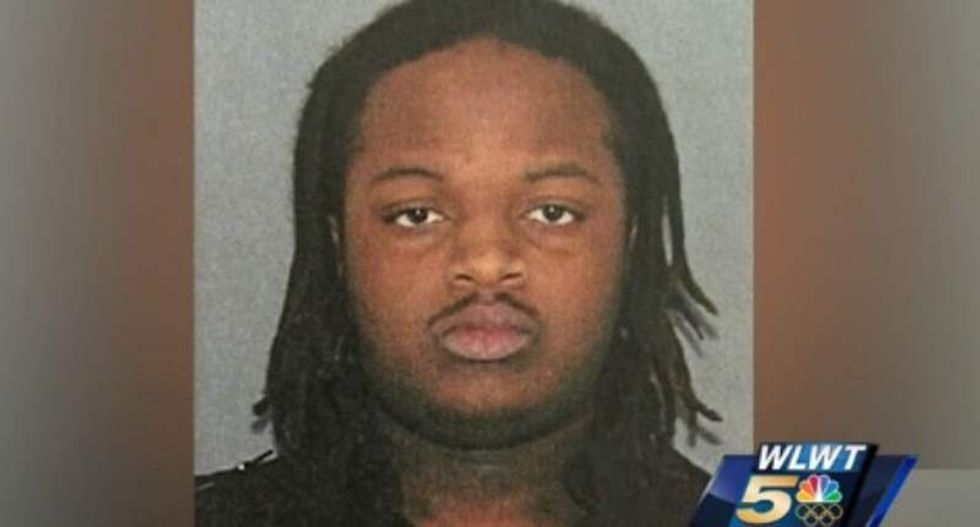 A security guard at an Ohio school district was arrested on Wednesday after school and police officials said he threatened to blow up school buildings twice this week.

Students in the school district in North College Hill, a suburb about 10 miles north of Cincinnati, were evacuated and dismissed on Wednesday when officials briefly couldn't account for the guard's whereabouts. Students are safe and school buildings are secure, officials said.

For the rest of the week, students will not be allowed to bring any bags or purses to school.

Schrand arrested Files at the middle school after GPS tracking of Files' cell phone led police there. After a cell phone was found during a pat-down search, Files admitted to making the threats, Schrand said.

Files had been working as a private security guard at the high school for two weeks, and had been added as a second guard at the school after a fight a few weeks ago, officials said.

The district had been working with Files' private security agency since November 2013 and Files had a clean record, officials said.

Private security guards will not be working at the district's schools for the remainder of the week, Schrand said. Police officers will be on school premises instead.

Students will be on spring break next week, officials said.