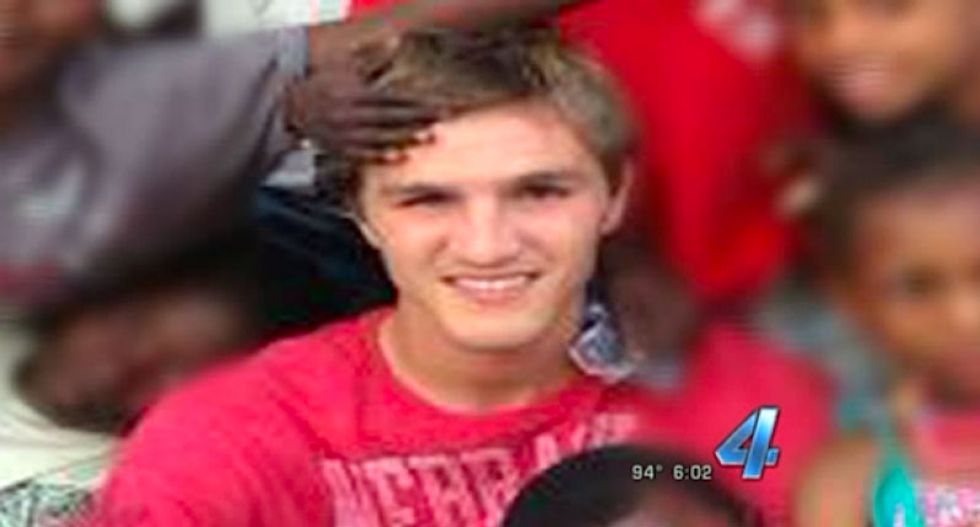 A former missionary from Oklahoma was sentenced in U.S. federal court on Monday to 40 years in prison for molesting children at a Kenyan orphanage.

Matthew Lane Durham, 21, was accused of molesting eight children at the Upendo Children's Home in the Kenyan capital of Nairobi in 2014.

Durham, of Edmond, Oklahoma, claimed he did not molest the children, but during a preliminary hearing prosecutors said Durham told Upendo personnel that he thought he had been possessed by an “evil spirit” because he did not remember committing the crimes.

A live-in caretaker at the orphanage said that the children said Durham either touched them sexually or told them to touch themselves while he watched, prosecutors said during the same preliminary hearing.

When confronted by the founder of Upendo and several church members, Durham is alleged to have confessed to several instances of rape and sexual abuse of children, according to a criminal affidavit.

Last June, a federal jury found Durham guilty on seven counts including engaging in illicit sexual conduct in foreign places. However, in January U.S. District Judge David Russell acquitted him on three of the counts because the judge felt the prosecutors had failed to establish Durham engaged in a sexual act with the victim alleged in those counts.

Durham, who was also fined $15,863, had previously pleaded not guilty to 17 charges.

Prosecutors argued that Durham used his position as a missionary to prey upon young victims, but Durham’s attorney claimed the man’s handwritten and taped confessions were coerced. Officials with the orphanage reported Durham to authorities after they sent him home, according to court records.

“Judgment from God is central, not the judgment of man," Durham said in court in Oklahoma City on Monday. “I do not fear God’s judgment.”

Durham volunteered at the orphanage, which helps care for neglected and disabled children, according to previous records released by the U.S. Attorney for the Western District of Oklahoma.

From April to June of 2014, prosecutors allege that Durham engaged in sexual acts with multiple children, male and female, aged between 4 and 10 years, according to the affidavit.