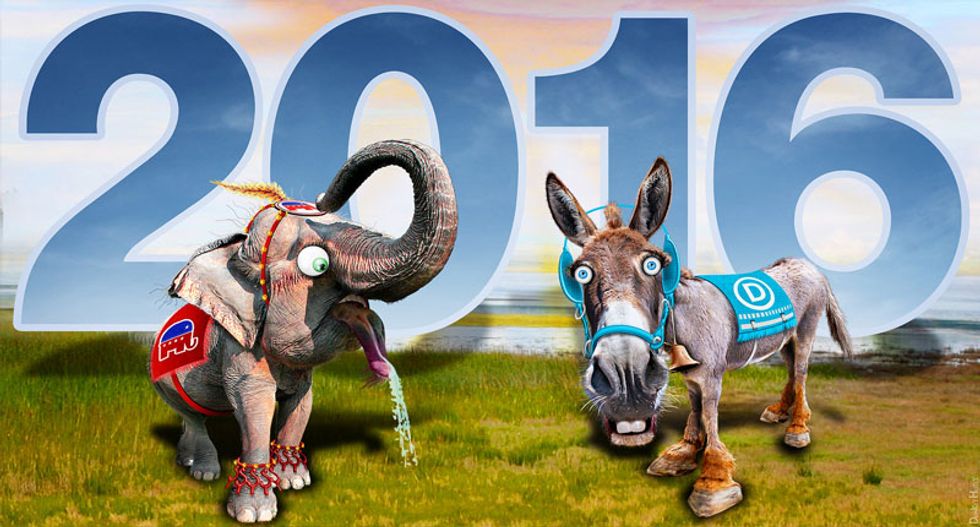 Young Americans don’t care much for political parties. According to the Pew Research Center, 48 percent of millennials (ages 18-33) identify as independents. That’s almost as many as identify as Democrats (28 percent) and Republicans (18 percent) put together.

Political scientists are often skeptical about the independent option in surveys. Most individuals who choose to call themselves “independents” still vote consistently with one party or the other. They are partisans except in name.

Even if that’s true, the lack of loyalty or concern for parties still has consequences. For instance, presidential primary campaigns were established to allow a party’s members to choose its candidate. But the research team at Tufts University’s Tisch College, where I study civic engagement, estimates that young Americans (18-30) have so far cast more votes for Senator Bernie Sanders than for Secretary Hillary Clinton and Donald Trump combined.

Sanders is a party outsider. He ran all his previous campaigns as a socialist, defeating Democrats on the way to statewide office. His career outside the Democratic Party doesn’t faze young Democratic primary voters – and I suspect it even increases his appeal with youth.

Does the fact that young people ignore or dislike parties tell us something about youth and their culture, or is this more about the parties and how they have changed?

Today’s young voters have grown up in an age of social media. Millennials both expect and prefer loose networks that allow individuals to personalize their views and form and shift relationships freely. That’s bad news for political parties – hierarchical organizations with officers, rules, official platforms and membership criteria.

Religion offers a parallel case. The pollster Anna Greenberg finds that young Americans are still spiritual – indeed, they continue to believe in many traditional tenets of religion – but they are not drawn to traditional religious institutions. She argues that young people expect to be able to choose exactly the religious content they prefer and to express their individual preferences in much the same way as they choose music and consumer goods.

It is hard for a political party to offer such personalization, because it must promote a platform. In contrast, loosely organized social movements like Black Lives Matter or Spain’s Los Indignados (anti-austerity protesters) allow participants to express their personal views and to connect to the peers they most like within the movement.

I acknowledge that this cultural shift is part of the story, but I don’t think it alone explains the decline of parties. For one thing, social media is just as important in Europe as it is in North America, but according to the European Social Survey (ESS), young Europeans' trust in parties has risen and surpasses that of older Europeans.

Los Indignados began as a decentralized online social movement but has morphed into a political party, Podemos, that holds the third-largest number of seats in the Spanish parliament. I wouldn’t say that European youth love parties, but they support the parties that reflect their views.

Parties are changing, too

The theory that young Americans are deserting parties because of shifts in culture and values overlooks the fact that American political parties are changing, and mostly for the worse.

Parties used to raise a lot of money and spend it to employ grassroots workers, recruit volunteers, choose and constrain candidates, generate consistent messages, drive policy agendas, and control patronage jobs. That system involved corruption, which was a good reason to reform it. But after the campaign finance reforms of the 1970s had restricted the parties’ ability to raise and spend money, the Supreme Court allowed candidates and outside entities to spend as much as they want.

As a result, the parties now do very little. They are best described as brand names for loosely connected networks of entrepreneurial candidates, donors, and advocacy organizations. Ironically, they have become more like social networks, albeit lubricated by money. The Koch brothers’ political network, for instance, employs 3.5 times as many people as the Republican National Committee does.

This means that parties don’t hire, contact, or educate many young people or offer them paths to leadership. Candidates and campaigns affiliated with parties may do those things, but young people still lack any contact with the party itself.

In 2004, political scientist Dan Shea surveyed local party leaders. “Only a handful" ran any “programs that require[d] a significant amount of time or resources.” He also asked county leaders an open-ended question: “Are there demographic groups of voters that are currently important to the long term success of your local party?” Just eight percent named young voters.

Parties were already weak then. Youth turnout reached its nadir in 1996-2000. Since then, candidates like Obama in 2008 and Sanders in 2016 have engaged a lot of young people. Youth turnout rose, as did the proportion of young Americans who said they had been contacted by candidates. But the parties weren’t doing this outreach. According to the General Social Survey, fewer than one in 10 young adults actively participated in a party in 2004, and that proportion fell to one in 40 by 2014.

We can debate whether it would be desirable, constitutional or even possible to restore the parties' importance, but as long as they don’t do much for young people, young people will naturally learn to ignore them.