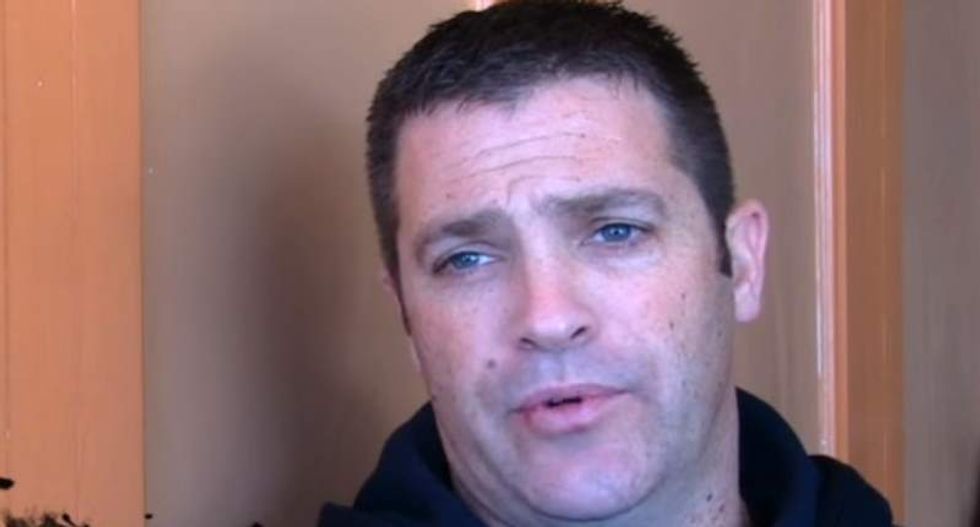 The leader of an Idaho patriot group who took time out from his property management business to provide armed support for the ill-fated Oregon occupiers has filed bankruptcy for the third time since 2001, leaving a trail of debts and clients who hired him looking for rent money collected on their behalf.

Brandon Curtiss, the founder of III% Idaho -- a militia movement whose credo is "When tyranny becomes law, rebellion becomes mandatory" -- filed for Chapter 7 bankruptcy protection just three weeks after he helped provide armed patrols at the Bundy-led occupation of the Malheur bird sanctuary.

According to the Idaho Statesman, Curtiss and his wife listed debts of $235,000, and assets of only $13,230. Court documents show the couple owe $186,286 in credit card debt, collection agency charges and bank loans accumulated 2013 and 2015, as well as previous debts including $1,800 in child support that Curtiss owes dating back to 1992.

Curtiss also filed bankruptcy in 2009 listing debts of $140,000 and before that in 2001, with those numbers no longer available.

Some of the former Idaho cop's assets are protected since they are listed under his property management firm, but there is trouble there too, with clients suing him for collecting rent from tenants and then keeping the money.

Aaron and Leslie Boyce of Portland,  hired Curtiss in March 2013 to manage two 4-plex apartment buildings they own, however remittances to them soon started coming up short and they discovered Curtiss was keeping late fees from tenants.

Six months later, Curtiss failed to remit any money -- with the couple finally getting a portion -- only to have Curtiss continued to collect rent after they fired him.

“Hiring him was the worst, most costly mistake we’ve ever made. Battling Brandon Curtiss in court for two years to get our money back wiped out our savings and caused a great deal of stress,” Leslie Boyce said.

According to Boyce,"He has not paid us a dime."

A second property owner filed suit against Curtiss last November with that suit put on hold by the court after Curtiss and his wife filed for bankruptcy.

The militia member and his wife listed the $20,000 debt from that lawsuit in the hopes of having it discharged in their latest bankruptcy.