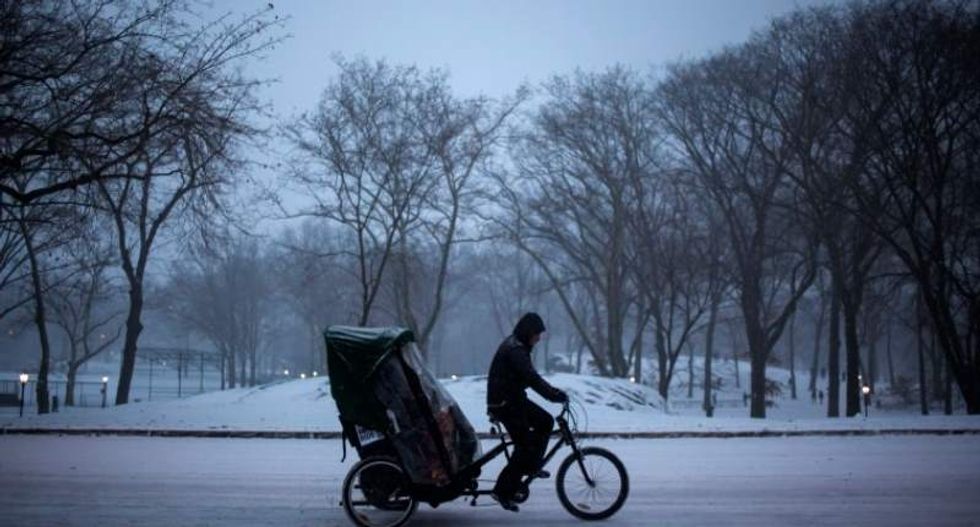 Pedicab operators on Tuesday filed a lawsuit accusing New York City of harassing them with excessive ticketing, in an effort to drive them out of business.

Six weeks ago, Mayor Bill de Blasio abandoned a plan to restrict where pedicabs could go in Central Park as part of a program to curb the number of horse-drawn carriages.

The lawsuit was filed in Manhattan federal court by Capitol Pedicabs LLC, which said it owns licenses for 30 pedicabs, and Bourama Camera, who said he stopped driving pedicabs after eight years because it had become "impossible" to earn a living.

They said the city has subjected pedicab drivers to a "targeted ticketing campaign" that started in 2011, when its Department of Consumer Affairs began adding inspectors to issue more tickets and help curb budget shortfalls.

The complaint said New York City has since violated the U.S. Constitution by harassing drivers with "suspicionless" stops and seizures, and caused licenses to become "essentially worthless" because excess fines could lead to license suspensions.

Pedicabs have three wheels and are powered by drivers' legs to carry tourists and other passengers around New York.

The city "has engaged in extra ticketing not just to extract more revenue, but to put a type of operation it doesn't favor out of business," plaintiffs' lawyer Austin Brown said in a telephone interview.

He added that pedicab licenses might once have fetched five-figure sums, noting that now "I don't think you can give them away."

A spokesman for the city's law department said: "The merits of each of these claims will be reviewed."

The mayor and New York's police, consumer affairs and parks departments were also named as defendants.

The lawsuit seeks unspecified damages and a halt to the alleged illegal stops and seizures.