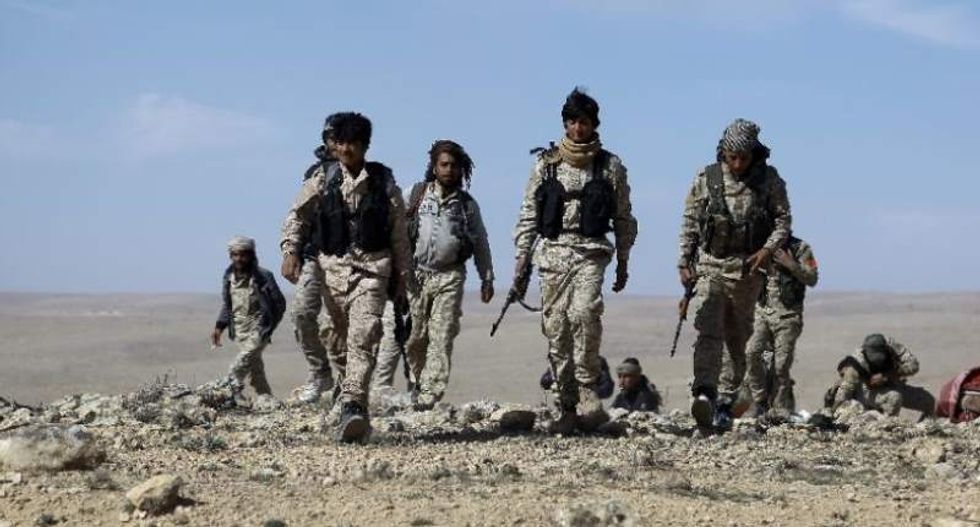 Fighters from the Syrian Democratic Forces gather in the northeastern Syrian province of Hasakeh on Feb. 19, 2016. (Agence France-Presse/Delil Souleiman)

The Pentagon on Monday denied reports it is building two airfields in northern Syria as part of the battle against the Islamic State group.

Syrian military and security officials have said the United States is expanding an airfield in Rmeilan, in Hasakeh province, and new reports have surfaced of a base near the Kurdish city of Kobani.

"We are not building or operating any air bases in Syria," Pentagon spokesman Captain Jeff Davis told reporters.

Still, the United States has acknowledged it has sent about 50 special operations forces on the ground in northern Syria, helping train and equip local anti-IS fighters.

"That we have people there and that we have made deliveries there, and that they have to get there by some means should be no secret, but we are not going to comment on the means," Davis said.

The Britain-based Syrian Observatory for Human Rights said in January that the Rmeilan airstrip had been widened and was "nearly ready" for use by American planes.

The United States is supporting a Kurdish-Arab alliance called the Syrian Democratic Forces against the IS group in northern Syria, providing it with air cover as part of a broad coalition battling the jihadists.